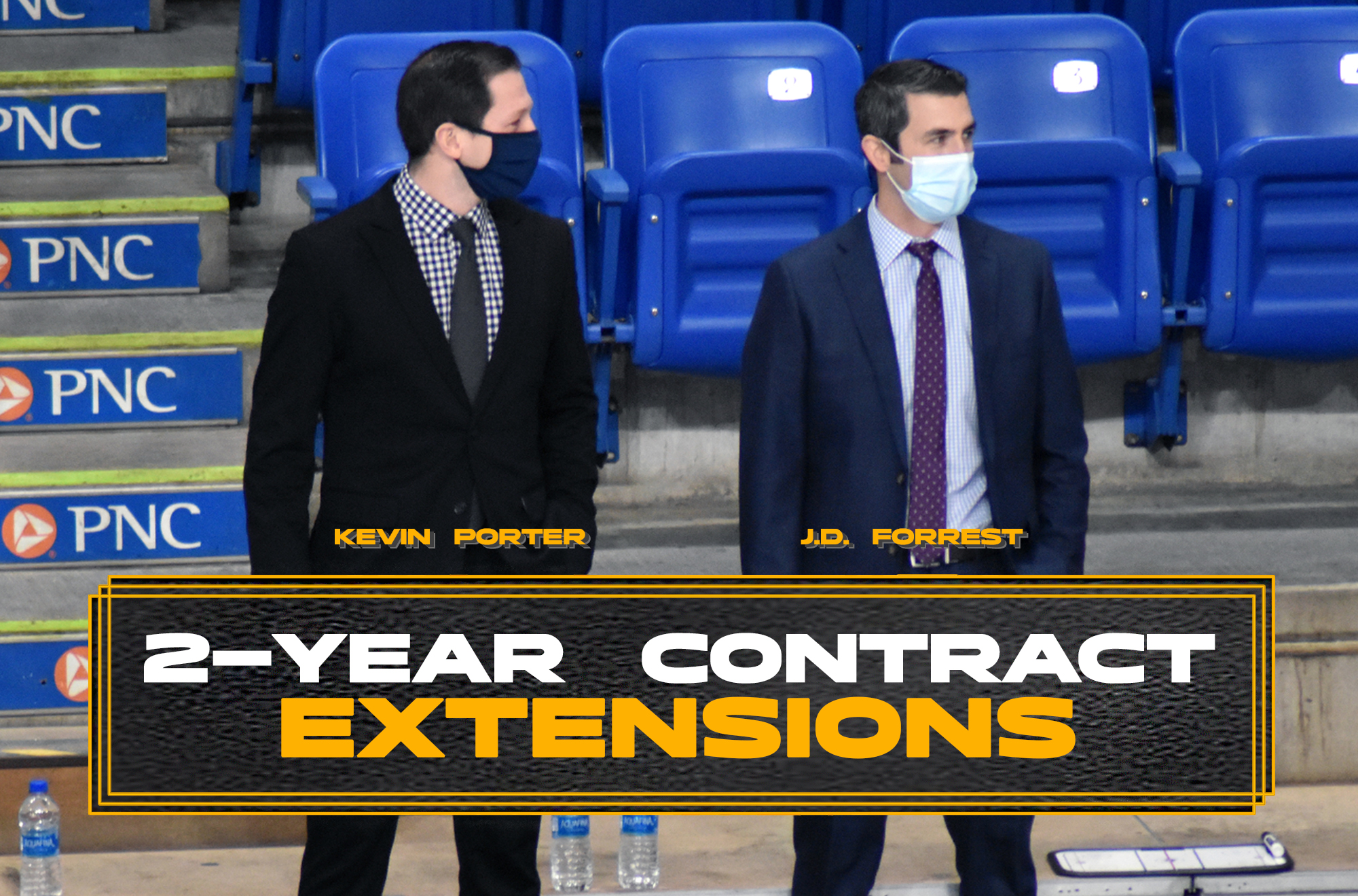 WILKES-BARRE, Pa. – The Wilkes-Barre/Scranton Penguins announced today that they have signed both head coach J.D. Forrest and assistant coach Kevin Porter to two-year contract extensions. The extensions run through the end of the 2023-24 season.

Forrest, 40, is entering his second season as Wilkes-Barre/Scranton’s head coach and his sixth season with the team overall. In his first season at the helm, Forrest navigated the team through a pandemic-shortened season and earned a 13-13-4-2 record.

The native of Auburn, New York had spent the previous four years as an assistant coach with the Penguins. He was promoted to the head coach position on Sept. 11, 2020.

Porter hung up the skates on a successful pro playing career and became a first-year coach with Wilkes-Barre/ Scranton in 2020-21. As an assistant with the Penguins, the 35-year-old was responsible for mentoring the team’s forwards and leading the penalty kill. Wilkes-Barre/Scranton’s P.K. finished with an 82.1 percent success rate.

Before his retirement, Porter played 12 years as a pro, including parts of two seasons with Wilkes-Barre/Scranton. A native of Northville, Michigan, he was presented with the Hobey Baker Award in 2008 as the best player in men’s college hockey, played in the 2013 AHL All-Star Classic and logged 249 NHL games.

Forrest, Porter and the Penguins are currently in the midst of their training camp prior to the 2021-22 season. The Penguins will host the Lehigh Valley Phantoms for their first preseason game on Wednesday, Oct. 6 at home.