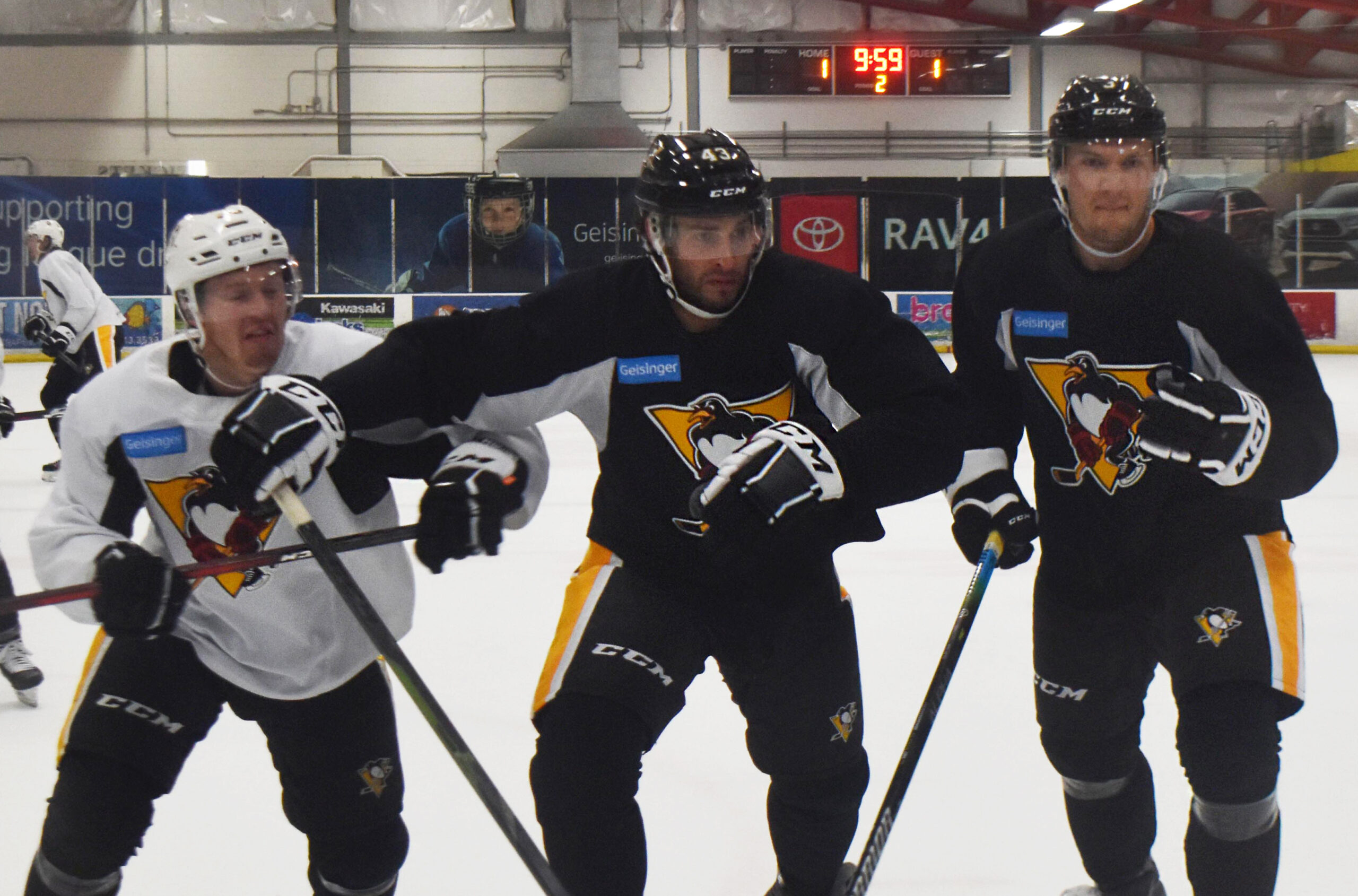 WILKES-BARRE, Pa. – When the Wilkes-Barre/Scranton Penguins signed defenseman Matt Bartkowski to an AHL contract right before the start of their 2021-22 training camp, they knew what they were getting. Despite that, they hope to benefit from their crowded, competitive blue line.

On one hand, the Penguins were getting a steady, reliable, veteran defenseman, something any team would be ecstatic about adding this late in the offseason. But Wilkes-Barre/Scranton also knew that his addition, no matter how shrewd, was also going to result in a logjam on the backend.

As of Tuesday, the Penguins have almost as many defensemen at training camp as they have forwards. There’s 15 rearguards and 16 wingers and centers. Furthermore, some names the Penguins added in the offseason include Bartkowski, Taylor Fedun, Mitch Reinke and Chris Bigras. Returnees to Wilkes-Barre/Scranton camp are Will Reilly, Cam Lee, Niclas Almari, Josh Maniscalco and Dylan MacPherson. Another cut or two is expected to come from Pittsburgh at some point, too.

Even entry-level hockey fans can see what’s happening. There’s usually only six defensemen that dress in a game. Those are way more than six names listed above.

Penguins head coach J.D. Forrest recognizes that hard decisions will have to be made by camp’s end, but unsurprisingly, the coach adores the aura of competition that the crowded blue line has created.

“We like the fact that our six positions are going to be a battle to solidify those,” Forrest said. “It very well may be that some guys who spent time here last year see ice time in Wheeling. We’ll find out and let the competition speak for itself.”

The competition has been visible on the ice through the first few days of camp, as well. Not only do you have your customary PTO invites dead-set on making a lasting impression on the coaching staff, but you also have players who would be snugly secure in the lineup under any other circumstances elevating their intensity so as not to lose their spot.

Maybe it’s confirmation bias, but it sure seems like the Penguins’ blue liners are practicing like there’s something on the line. Breakouts have been crisp, almost to a man. D-men have been consistently soaring in drills and aggressively joining the rush during scrimmages. Everyone looks like they have a little more pop when pursuing pucks in the trenches.

“I’ve been skating here for a week now, scrimmages and stuff. And this whole time it’s been pretty good,” noticed Penguins newcomer Bigras. “You look around the room, and it’s good to see some older guys as well as a good mix of young players here.”

Both the experienced and the youthful players on the Penguins defense have stood out at different times during camp. Of course, the best judge of performance is game action. Wilkes-Barre/Scranton’s competitive practices transition into (hopefully) competitive preseason games this week, starting tomorrow.

Wilkes-Barre/Scranton’s first exhibition tilt takes place Wednesday at home against the Lehigh Valley Phantoms. The Penguins’ coaching staff will be keeping a close eye on the defense’s performance in that one, as well as their other preseason games on Friday and Saturday.