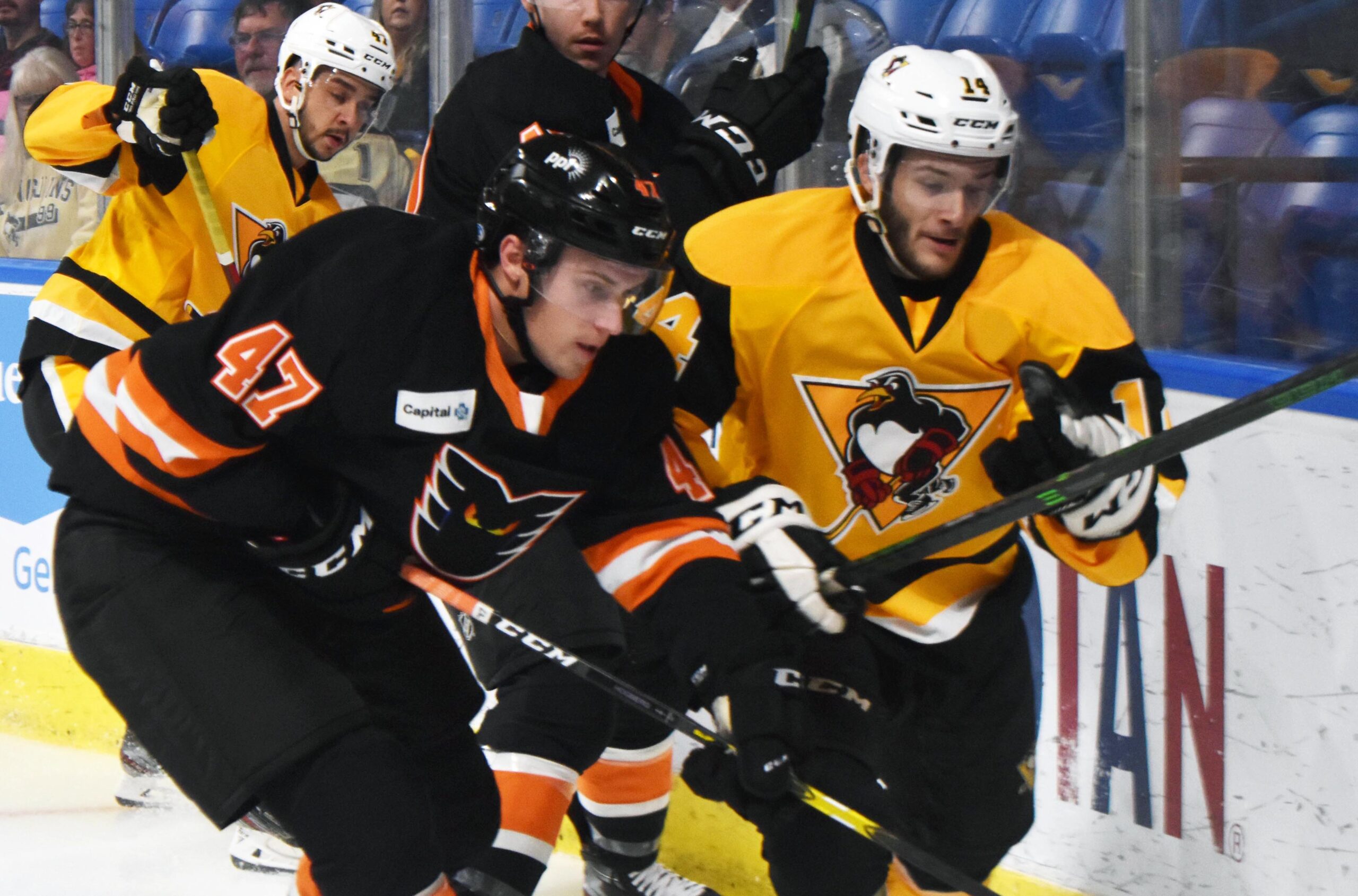 WILKES-BARRE, Pa. – The Wilkes-Barre/Scranton Penguins opened their preseason schedule with a 2-1 triumph against the Lehigh Valley Phantoms on Wednesday night at Mohegan Sun Arena at Casey Plaza.

Wilkes-Barre/Scranton received its two goals from a pair of familiar faces, while several newcomers dazzled in their efforts to set up the Penguins’ tallies.

An otherwise quiet first period ended with a bang when Jamie Devane tipped in a slick feed from Chris Bigras with only 1:06 remaining in the frame. Patrick Watling won an offensive-zone faceoff back to Bigras, who walked down the left-side wall until a path for the puck opened to Devane in front.

The Penguins extended their lead to 2-0 quickly to start the second period. Sam Houde pulled off a highlight-reel, behind-the-back pass to a wide-open Jan Drozg on the doorstep. Drozg’s finish arrived just 21 seconds into the middle stanza.

However, Wilkes-Barre/Scranton started a parade to the penalty box in the middle frame, opening the door for Lehigh Valley to get on the board. The Phantoms were awarded with four power plays during the second period, the first of which ended when Quinn Schmiemann’s seeing-eye shot found its way behind Penguins goaltender Tommy Nappier.

The Penguins killed off their remaining penalties, and then proceeded to hold the Phantoms to four shots in the third period.

Nappier played the full 60-minute contest in net for the Penguins and finished the game with 20 saves. Kirill Ustimenko started the game for Lehigh Valley and denied 11 of the 13 shots sent his way before he was replaced by Pat Nagle at the start of the third period. Nagle turned aside all seven shots he faced.

The Penguins have two more /preseason games remaining, the next of which is at home on Friday, Oct. 8. Puck drop between the Penguins and Hershey Bears is scheduled for 7:05 p.m.