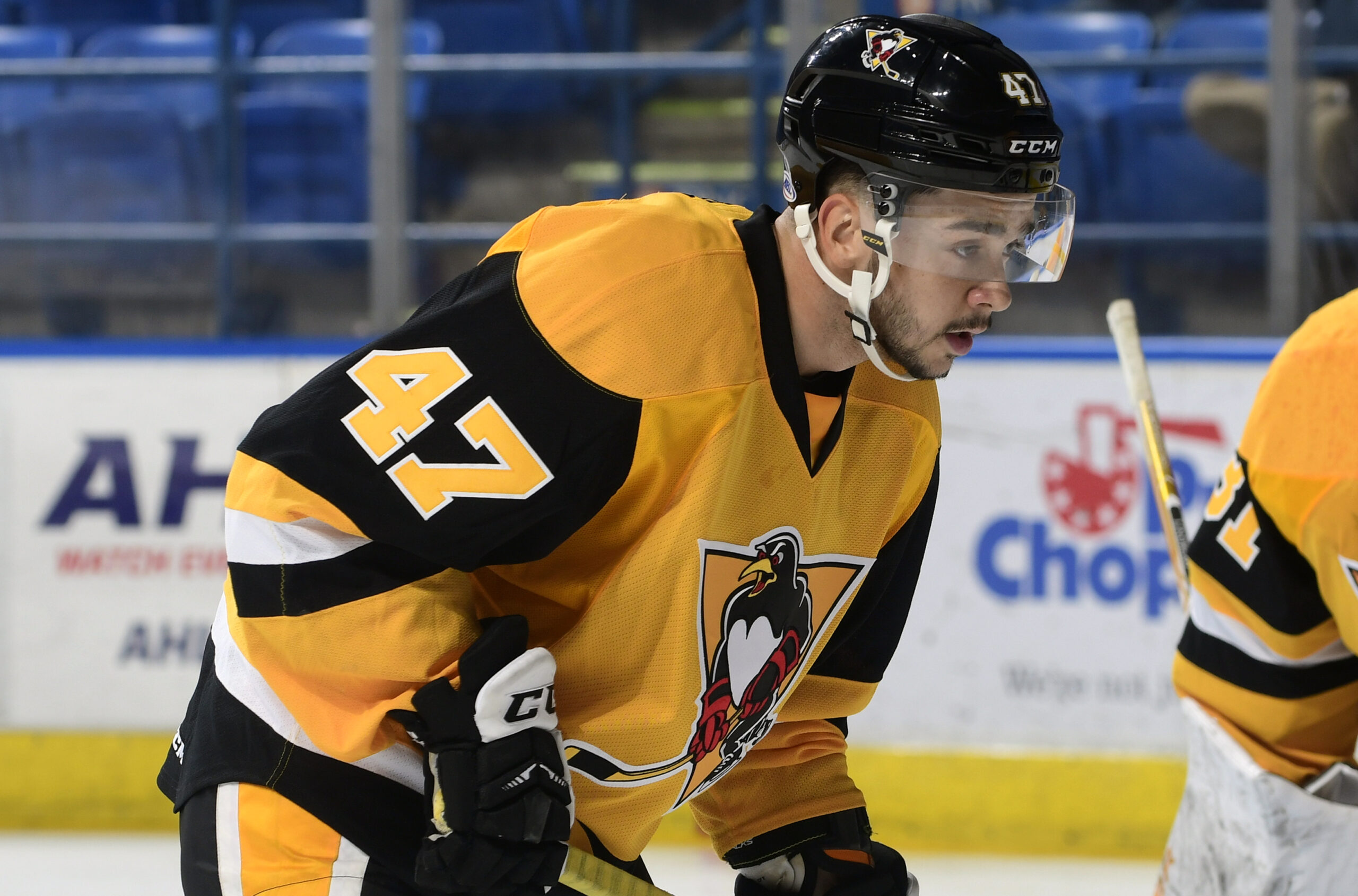 ALLENTOWN, Pa. – The Wilkes-Barre/Scranton Penguins concluded their preseason schedule with a 4-3, overtime loss to the Lehigh Valley Phantoms on Saturday night at PPL Center.

A penalty-filled affair, both teams had nine power-play opportunities over the course of the contest. Wilkes-Barre/Scranton ultimately succumbed to Lehigh Valley’s comeback bid led by the Phantoms’ special teams.

Max Willman opened the scoring for Lehigh Valley at 8:31 of the first period. Wilkes-Barre/Scranton responded less than two minutes later with a five-on-three, power-play goal from Pierre-Olivier Joseph.

Kasper Björkqvist put the Penguins ahead, 2-0, burying an opportunity born out of a broken odd-man rush. Sam Houde recorded his fifth assist of the preseason on Björjqvist’s tally, all of which have been primary assists.

Wilkes-Barre/Scranton stretched its lead to 3-1 during one of Lehigh Valley’s many power plays. After disrupting the Phantoms’ approach through the neutral zone, Filip Hållander fed Nathan Légaré for a shorthanded breakaway. The 20-year-old rookie maximized his opportunity, picking the top corner at 7:07 of the second period.

The Phantoms’ comeback started with a power-play goal by Samu Tuomaala with 3:22 left in the middle frame. Morgan Frost evened the scales at 3-3 during a delayed penalty, extra-attacker situation eight minutes into the third.

Several clutch penalty kills later, the Penguins got the game to overtime. The three-on-three period didn’t last long though, as Frost’s second goal of the night ended the contest a mere 16 seconds into the extra frame.

Louis Domingue recorded 25 saves while playing the full 60 minutes and 16 seconds for Wilkes-Barre/Scranton, while Sam Ersson turned aside 32 shots for Lehigh Valley.

Wilkes-Barre/Scranton will open its 2021-22 regular-season schedule at home against the Lehigh Valley on Saturday, Oct. 16. Puck drop for the season opener is scheduled for 6:05 p.m. at Mohegan Sun Arena at Casey Plaza. The Penguins’ full schedule can be found at wbspenguins.com.