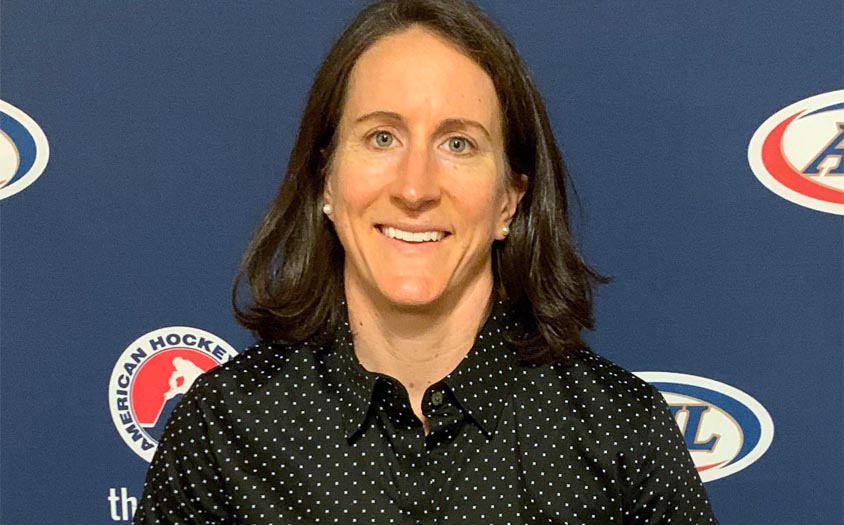 The first AHL game ever officiated by a female referee will be the Lehigh Valley at Wilkes-Barre/Scranton contest this Saturday, Oct. 16, with Katie Guay working alongside Brandon Schrader. On Sunday, Oct. 17, Kelly Cooke will be teamed with Beau Halkidis for Rochester at Utica, and Jacqueline Zee Howard joins Carter Sandlak for Lehigh Valley at Hershey. Schrader, Halkidis and Sandlak are among 10 referees and six linespeople who will split their time between the AHL and NHL this season.

Other new members of the AHL refereeing staff include Laura White, Samantha Hiller, Elizabeth Mantha and Amanda Tassoni, while Kendall Hanley, Kirsten Welsh and Alexandra Clarke have been added to the AHL staff as linespeople. All have been part of the NHL and NHL Officials Association’s mentorship program and invited to attend the NHL Exposure Combine.

“We are honored to be able to play a role as these officials continue their development towards working at the sport’s highest level,” said Howson. “They each bring years of experience in the collegiate, junior, international and women’s professional ranks, and they will all be great additions to our staff this season.”

The American Hockey League has been developing on-ice officials for the NHL throughout its history. Among members of the 2021-22 NHL officiating staff, every referee and 97 percent of linesmen came through the AHL during their careers.

In operation since 1936, the AHL serves as the top development league for the players, coaches, managers, executives and broadcasters of every National Hockey League organization. Nearly 90 percent of today’s NHL players are American Hockey League graduates, and more than 100 honored members of the Hockey Hall of Fame spent time in the AHL in their careers.

Wilkes-Barre/Scranton will open its 2021-22 regular-season schedule at home against the Lehigh Valley on Saturday, Oct. 16. Puck drop for the season opener is scheduled for 6:05 p.m. at Mohegan Sun Arena at Casey Plaza. The Penguins’ full schedule can be found at wbspenguins.com.