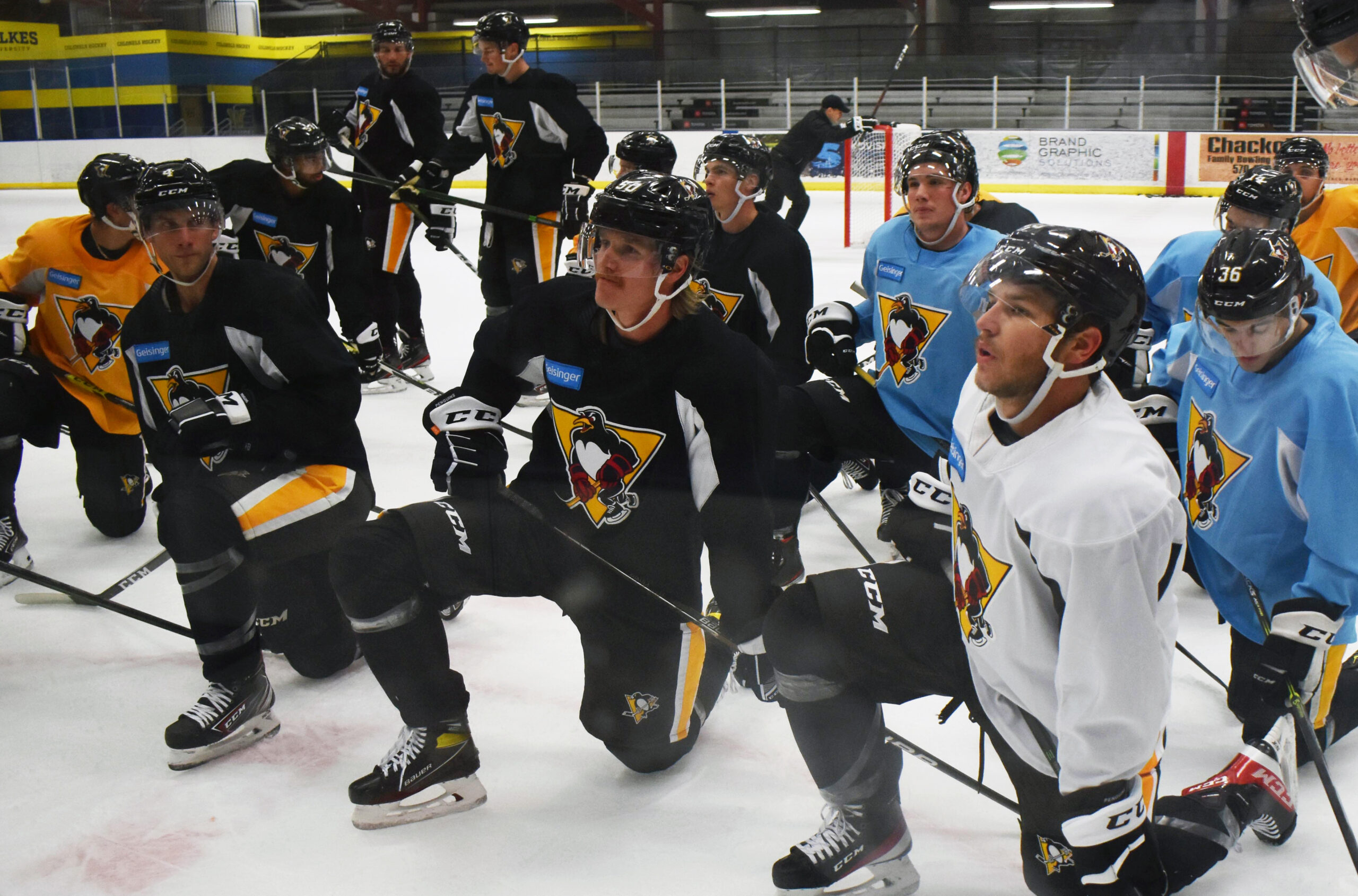 PENGUINS WEEKLY – Mohegan Sun Arena is back to full capacity for a young, talented and deep Penguins squad

The results of Wilkes-Barre/Scranton Penguins three preseason games were split right down the middle, as the Penguins amassed a 1-1-1-0 record during their exhibition slate. Though the results will not impact the league standings, the games were never short on excitement. All three preseason contests were decided by one goal. Third-year pro Jan Drozg paced the Penguins with three goals, but the real standout of the preseason was rookie Sam Houde. The 21-year-old racked up five assists in three exhibition games, all of which were primary assists. Houde’s performance kept him in the conversation to make the team amidst a crowded competition for roster spots. Wilkes-Barre/Scranton’s current opening-night roster projects to have nine rookies, including highly touted draft picks Sam Poulin, Nathan Légaré and Filip Hållander as well as 2021 NCAA National Champion Filip Lindberg.

Saturday, Oct. 16 – PENGUINS vs. Lehigh Valley
The Penguins officially begin their 2021-22 regular season at home against their PA Turnpike Rival, the Lehigh Valley Phantoms. This marks the third time that Wilkes-Barre/Scranton will play its home opener against Lehigh Valley, the last of which was a 6-4 win for the Penguins in 2015. Saturday’s game will feature a 6:05 p.m. puck drop.

Sunday, Oct. 17 – PENGUINS vs. Charlotte
Wilkes-Barre/Scranton quickly goes back to work after its season opener with another home game, a Sunday matinée against the returning Charlotte Checkers. Charlotte, now affiliated with the Florida Panthers and Seattle Kraken, opted out of the 2020-21 AHL season. The Checkers are also still technically the reigning Calder Cup Champions, having hoisted the AHL’s ultimate prize in 2019. Sunday’s meeting is the first Kids Free Sunday of the season, for which children ages 14 and under get can attend the game for free with the purchase of an adult ticket.

– During Saturday’s season opener, AHL official Katie Guay will become the first woman to serve as a referee for an AHL game.

– Penguins coaches J.D. Forrest and Kevin Porter were both given two-year contract extensions that run through 2023-24.