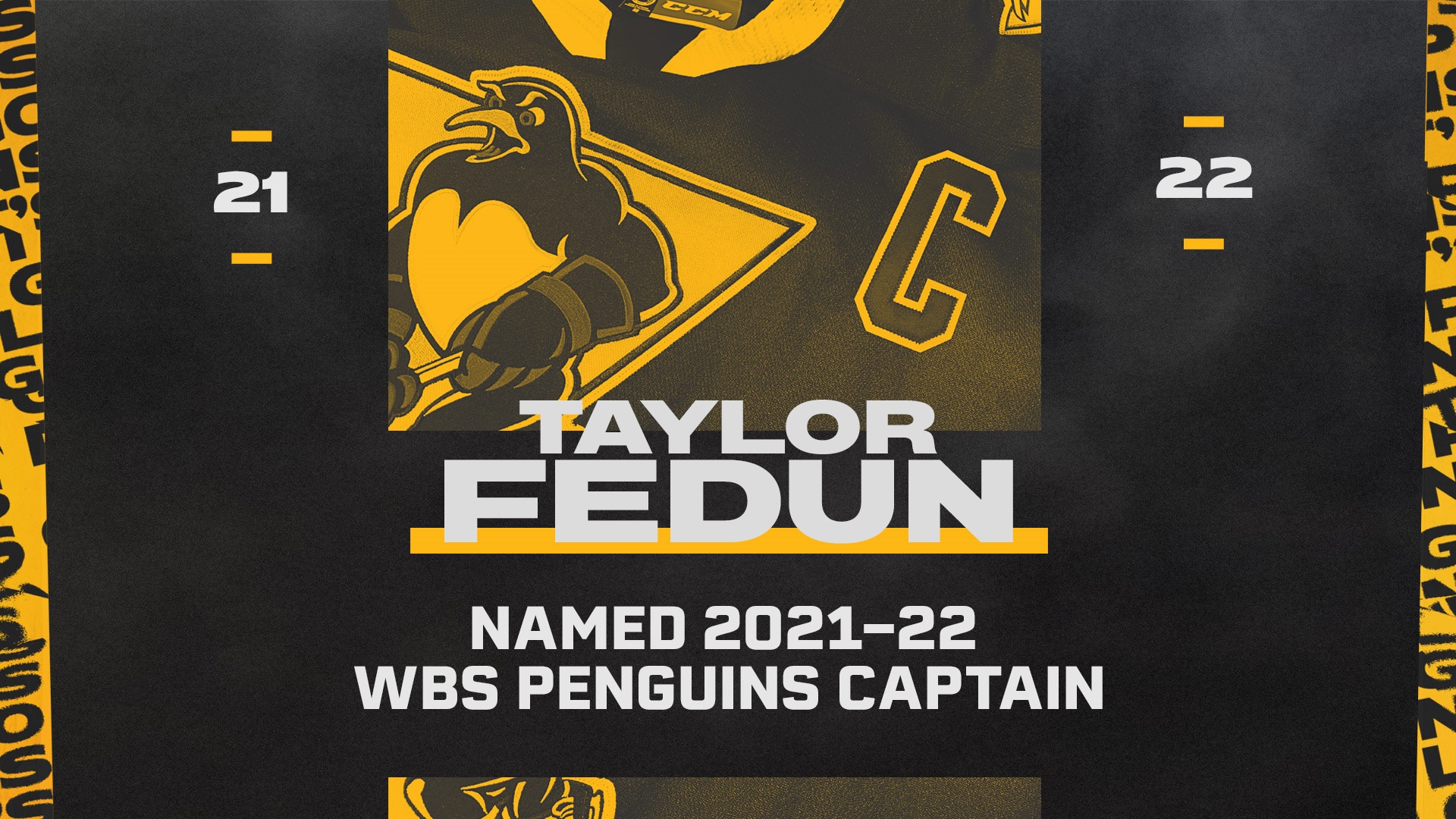 WILKES-BARRE, Pa. – The Wilkes-Barre/Scranton Penguins announced today that defenseman Taylor Fedun has been selected as the team’s captain for the 2021-22 season.

Additionally, the Penguins revealed three alternate captains for this season. Forwards Michael Chaput and Jordy Bellerive as well as defenseman Matt Bartkowski will wear the “A” for Wilkes-Barre/Scranton.

“From the short time that [Fedun] has been here, he’s done nothing but be a tremendous leader,” said Penguins head coach J.D. Forrest. “The way he goes about his business, his communication with the younger guys, plus his playing experience speaks for itself. So we’re really lucky to have him in this organization and in that role for us.”

Fedun, 33, is entering his 10th season of professional hockey, but his first with the Penguins organization. The Edmonton, Alberta native has played in 356 AHL games for the Oklahoma City Barons, Worcester Sharks, Utica Comets, Rochester Americans and Texas Stars. Fedun has also appeared in 127 NHL games, suiting up for the San Jose Sharks, Vancouver Canucks, Buffalo Sabres, Dallas Stars and his hometown Edmonton Oilers.

Prior to turning pro, Fedun played four seasons at Princeton University. He served as captain of the Tigres during his senior season, 2010-11. While attending the Ivy-League institution, Fedun majored in Mechanical and Aerospace Engineering and was named to the ECAC All-Academic Team during all four years with the Tigers.

“It’s a really special feeling,” Fedun said. “There’s an impressive history of hockey here in Wilkes-Barre/Scranton. To get to don the sweater is one thing, but to have that ‘C’ on my shoulder is a tremendous honor.”

Fedun and the Penguins drop the puck on their 2021-22 regular season tomorrow night, Saturday, Oct. 16. For the season opener, Wilkes-Barre/Scranton will play host to the Lehigh Valley Phantoms at Mohegan Sun Arena at Casey Plaza. Game time is scheduled for 6:05 p.m.

The Penguins’ full schedule can be found at wbspenguins.com.