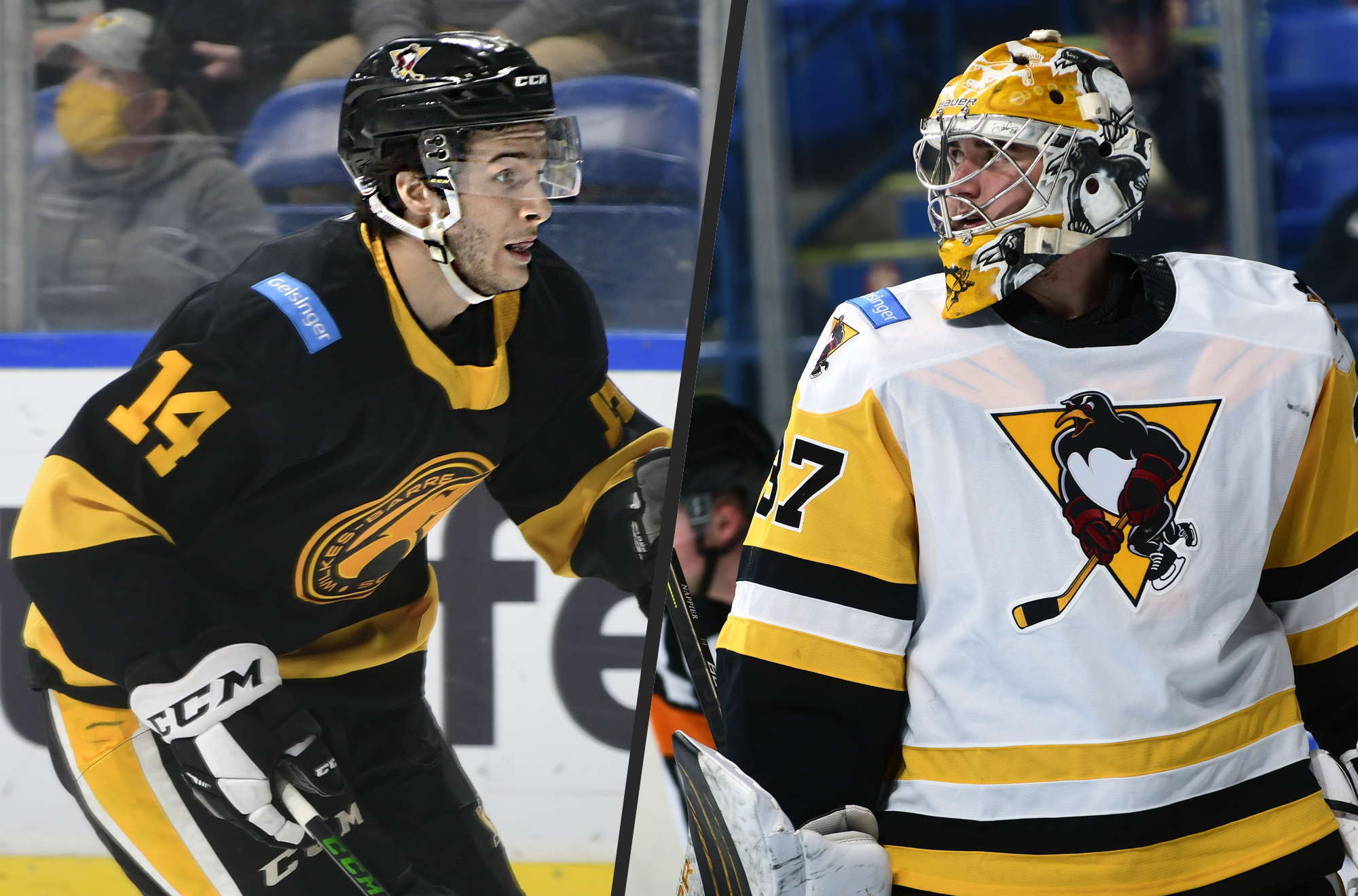 Almeida was selected by Pittsburgh in the fifth round (129th overall) of the 2018 NHL Entry Draft. Through 20 career AHL games with Wilkes-Barre/Scranton, the 22-year-old has posted three goals and two assists for five points.

A native of Kitimat, British Columbia, Almeida also suited up for 37 games in Wheeling during the 2019-20 campaign. During his time with the Penguins’ ECHL affiliate, he registered 16 points (5G-11A).

Prior to turning pro at the start of 2019-20, Almeida put up impressive numbers while playing in the Western Hockey League. He led the WHL with 78 assists in 2018-19, and his 111 points ranked third in the league. In 256 WHL games played for the Prince George Cougars and Moose Jaw Warriors, Almeida racked up 89 goals and 154 assists for 243 points.

Nappier has played one game for Wilkes-Barre/Scranton this season, turning aside 28 of 31 shots on Sunday, Oct. 19. In four AHL starts, all with the Penguins, Nappier has a 1-3-0 record, .851 save percentage and 3.82 goals against average.

The 23-year-old netminder from St. Louis, Missouri also dressed in seven games for the Nailers last season, accruing a 2-5-0 record, .919 save percentage and 2.46 goals against average.

Wilkes-Barre/Scranton’s next game is tomorrow, Wednesday, Oct. 27, against the Lehigh Valley Phantoms. Puck drop between the Penguins and the Phantoms is scheduled for 7:05 p.m. at Mohegan Sun Arena at Casey Plaza.

PENS TO FACE THUNDERBIRDS IN SECOND ROUND