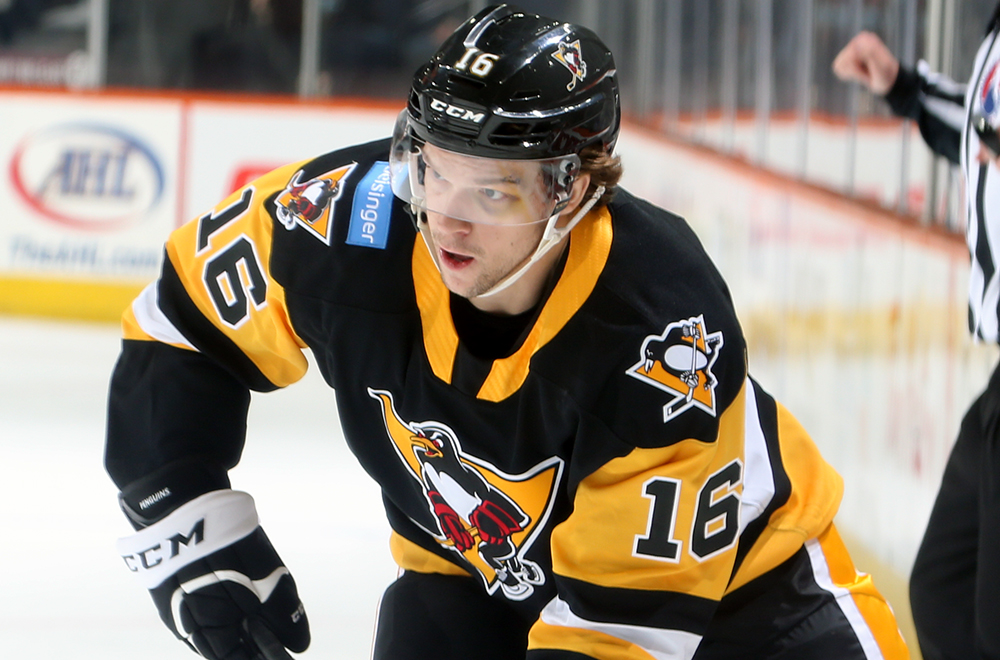 Wilkes-Barre/Scranton (5-2-0-1) saw all 25 of its bids turned aside by Felix Sandström. Lehigh Valley’s netminder earned his first career shutout as well as the Phantoms’ first win of the season, while the Penguins had their five-game point streak come to an end.

The Phantoms struck first when Maksim Sushko slipped a shot behind Penguins goaltender Louis Domingue just 2:25 into the game. Tyson Foerster capitalized on a two-man advantage at 15:22 and lengthened Lehigh Valley’s lead to 2-0.

Wilkes-Barre/Scranton failed to convert on four power-play opportunities in the second period, keeping its deficit at two. Domingue kept his team in the game by denying German Rubtsov on a penalty shot with only a 1:07 left in the middle frame.

In the third period, Lehigh Valley added to its lead once again with a goal from Hayden Hodgson four minutes into the frame. The Penguins once again saw several power-play chances go by the wayside, and Gerry Mayhew ballooned the Phantoms’ lead to 4-0 with an empty-net goal.

Domingue finished the game with 22 saves on 25 shots faced.

Wilkes-Barre/Scranton gets right back at it on Friday, Nov. 5 at home against the Providence Bruins. Puck drop between the Penguins and Bruins is scheduled for 7:05 p.m. For Wilkes-Barre/Scranton’s showdown with Providence, $2 select draft beers will be available from 6:00-7:30 courtesy of the PA Prostate Cancer Coalition.