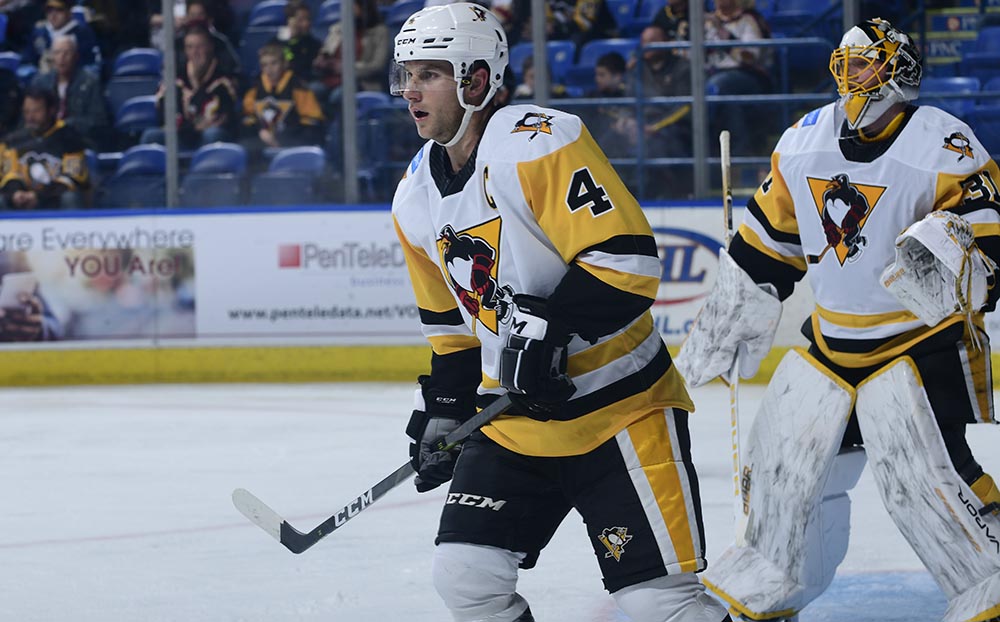 The Pittsburgh Penguins have recalled defenseman Taylor Fedun from the Wilkes-Barre/Scranton Penguins of the American Hockey League, it was announced today by general manager Ron Hextall.

Forward Sidney Crosby and defenseman Brian Dumoulin have been added to the NHL’s COVID-19 Protocol List.

Fedun, who was named WBS’ captain prior to this season, has played in seven games for the WBS Penguins this season, recording three assists and a plus-4. The 33-year old’s plus-4 leads all WBS players, while his three points are tied for the team lead among defensemen.

The 6-foot-1, 200-pound Fedun has played parts of seven seasons in the NHL split between the Edmonton Oilers, San Jose Sharks, Vancouver Canucks, Buffalo Sabres and the Dallas Stars, appearing in 127 games where he’s recorded eight goals, 27 assists, 35 points and is plus-7. The defenseman spent the majority of the 2020-21 season on Dallas’ taxi squad, and appeared in two games for the Texas Stars of the American Hockey League (AHL).

Prior to turning pro, the undrafted, Edmonton, Alberta native played four seasons of collegiate hockey with Princeton University, where he suited up for 127 games and registered 68 points (20G-48A). Fedun won the ECAC championship with Princeton in 2008, and captained the Tigers his senior year in 2010-11, when he was also named to the ECAC First All-Star Team.

Wilkes-Barre/Scranton gets right back at it on Friday, Nov. 5 at home against the Providence Bruins. Puck drop between the Penguins and Bruins is scheduled for 7:05 p.m. For Wilkes-Barre/Scranton’s showdown with Providence, $2 select draft beers will be available from 6:00-7:30 courtesy of the PA Prostate Cancer Coalition.