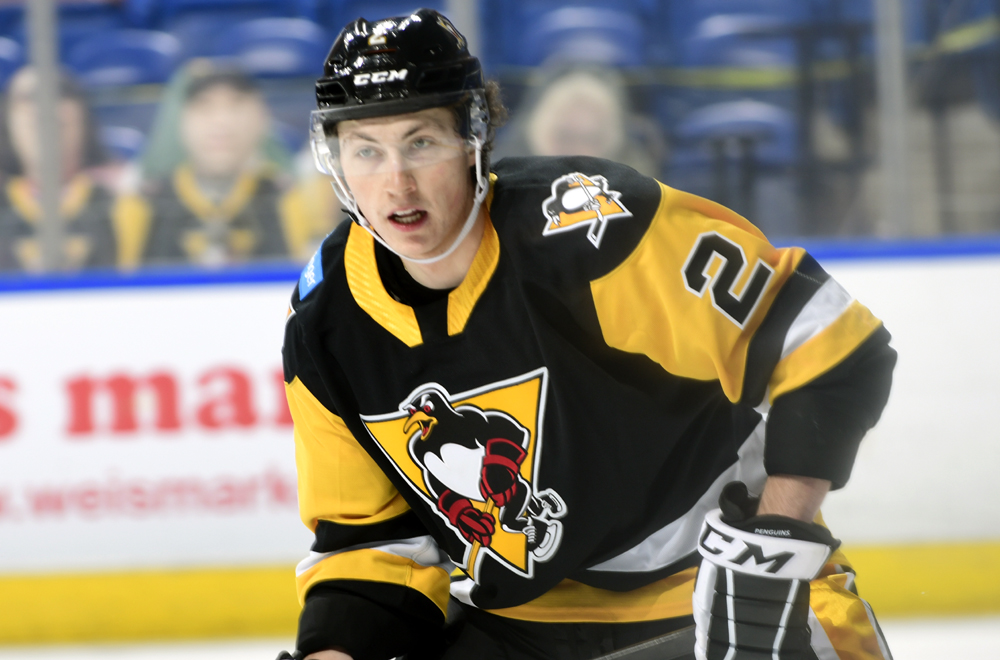 WILKES-BARRE, Pa. – The Wilkes-Barre/Scranton Penguins announced today that they have signed defenseman Dylan MacPherson to a professional tryout agreement.

MacPherson, 23, joins Wilkes-Barre/Scranton from its ECHL affiliate, the Wheeling Nailers. In six games with the Nailers this season, MacPherson has produced one goal and three assists for four points, which leads the team’s defensemen.

The blueliner from Redcliff, Alberta played in an AHL-career-high 10 games with Wilkes-Barre/Scranton during the 2020-21 season. MacPherson accrued one point, an assist, during that time.

At 6’3” and 190 lbs, MacPherson currently has what he needs to dominate other players in the rink. He’s got the size to outmuscle and overpower other players, but he also has the speed to get where he needs to be. Whether that’s to protect a teammate with a puck or keep the other team from taking a shot on the goal, MacPherson has the skillset.

Wilkes-Barre/Scranton’s next game is back on home ice tomorrow, Wednesday, Nov. 10, against the Rochester Americans. Game time for the Penguins’ tilt against the Amerks is 7:05 p.m. at Mohegan Sun Arena at Casey Plaza.