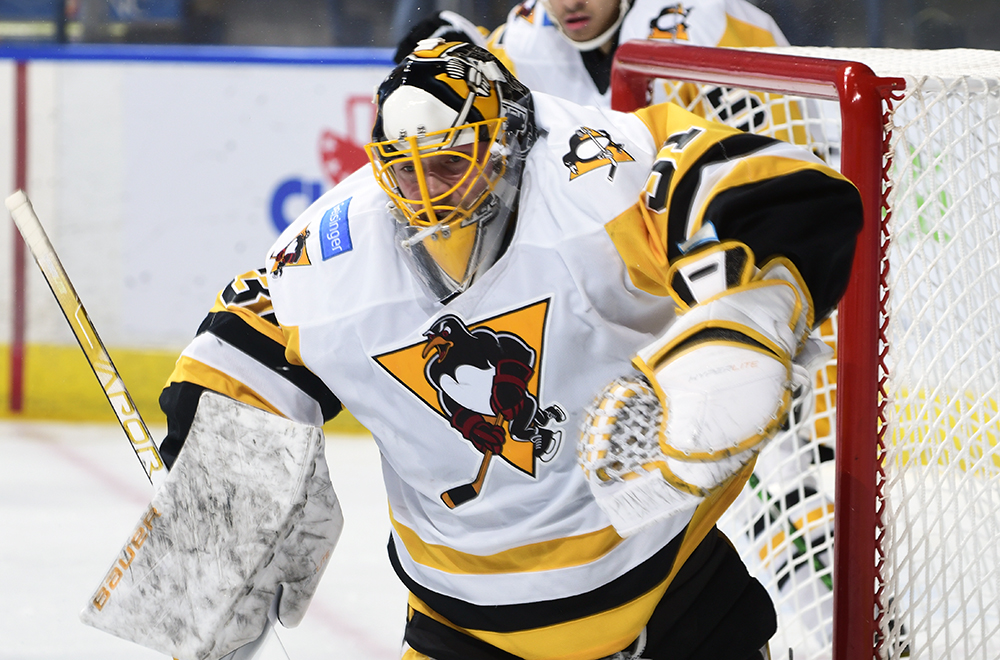 WILKES-BARRE, Pa. – The Wilkes-Barre/Scranton Penguins fell to the Rochester Americans, 5-1, on Wednesday night at Mohegan Sun Arena at Casey Plaza.

Wilkes-Barre/Scranton (5-5-0-1) produced a season-high 42 shots on goal, but were shut down by Rochester goalie Ukko-Pekka Luukkonen.

The Penguins came out strong right from the start, but the Americans were awarded a penalty shot during an early Wilkes-Barre/Scranton power play. Mark Jankowski converted on the penalty shot, making the score 1-0.

Jack Quinn found the back of the net at 6:08 on Rochester’s second man advantage of the night. Less than two minutes later, Ryan MacInnis lengthened the lead to 3-0.

The constant offensive-zone pressure paid off for Wilkes-Barre/Scranton halfway through the middle frame. Sam Poulin got the Penguins on the board after adamantly stuffing the puck behind Luukkonen. However, the Americans responded with 1:25 left in the period, as Matěj Pekař made it 4-1 going into the second intermission.

The Americans sealed their victory by adding one more power-play goal from Brett Murray midway through the third period.

Filip Lindberg finished the night with 27 saves for the Penguins. Luukkonen turned away 41 bids to secure the win.

Wilkes-Barre/Scranton returns to the ice on Friday, Nov. 12 for the first game of a back-to-back set against the Charlotte Checkers. Friday’s game will feature $2 drafts from 6:00-7:30 p.m. courtesy of the PA Prostate Cancer Coalition. Puck drop between the Penguins and Checkers is scheduled for 7:05 p.m.

To recap, the Penguins’ short home stand comes to an end the next day, Saturday, Nov. 13, in their second game with the Checkers again. Game time on Saturday is slated for 6:05 p.m.