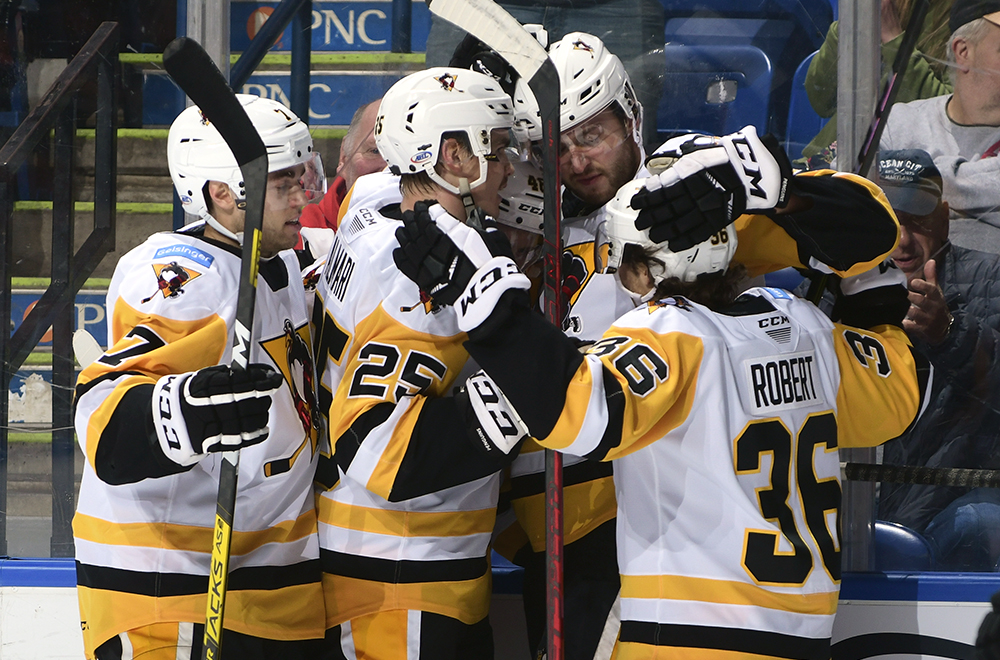 Wilkes-Barre/Scranton (6-5-0-1) scored late in the third period to put an end to its four-game losing streak. Defenseman Chris Bigras notched his first goal as a Penguin to lift his team to victory.

Only 86 seconds into the first period, Grigori Denisenko’s shot found the back of the net, putting Charlotte into an early lead. The Penguins evened the score thanks to a stunning one-timer from Valtteri Puustinen at 16:49 of the opening frame.

The second stanza was a physical battle, but neither team broke the stalemate. Both Wilkes-Barre/Scranton and Charlotte turned on the offensive pressure at different times, but goaltenders Joey Daccord and Filip Lindberg held their ground.

However, at the start of the third period, Tommy Nappier replaced Lindberg in net for the Penguins.

With only 3:23 left in regulation, Wilkes-Barre/Scranton broke the tie when Bigras polished off a rebound at the front of the Checkers’ net. Nappier and the Penguins held onto their 2-1 lead for the last few minutes of the contest.

Lindberg, the Penguins starter, finished the night with 27 saves on 28 shots before passing the baton to Nappier. Nappier, who was recalled from Wilkes-Barre/Scranton’s ECHL affiliate earlier in the day, denied all 10 shots thrown his way. Daccord also stopped 27 shots for Charlotte

Wilkes-Barre/Scranton is back at it tomorrow, Saturday, Nov. 13, in a rematch with the Charlotte Checkers. Puck drop between the Penguins and Checkers is scheduled for 6:05 p.m. at Mohegan Sun Arena at Casey Plaza.