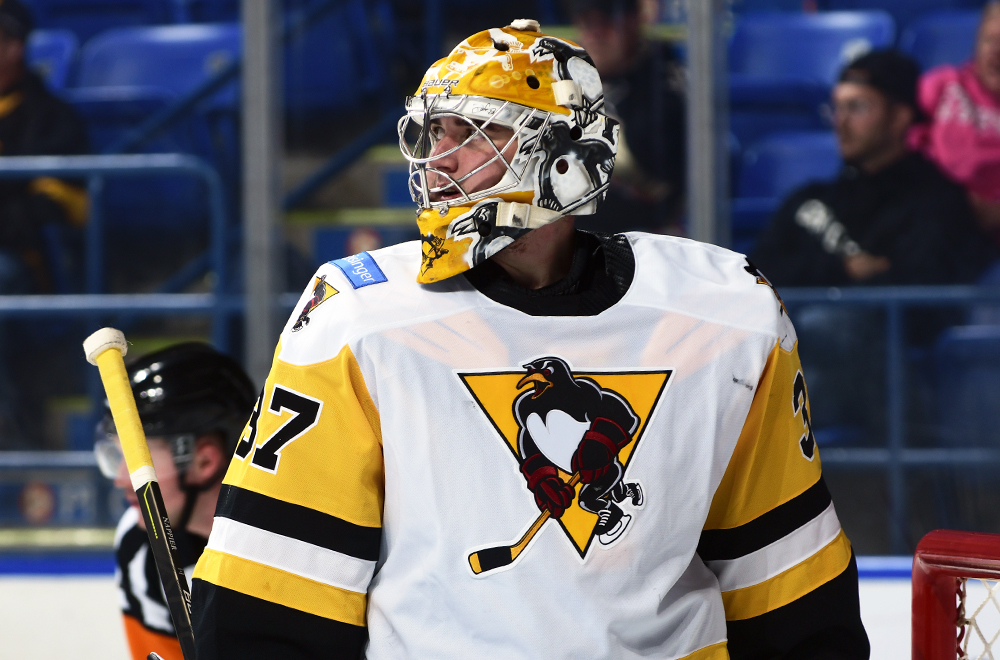 WILKES-BARRE, Pa. – The Wilkes-Barre/Scranton Penguins announced today that they have recalled goaltender Tommy Nappier from their ECHL affiliate, the Wheeling Nailers.

Nappier has played one game for Wilkes-Barre/Scranton this season, turning aside 28 of 31 shots against the Charlotte Checkers. In four career AHL starts, all with the Penguins, Nappier has a 1-3-0 record, .851 save percentage and 3.82 goals against average.

The 23-year-old netminder from St. Louis, Missouri also dressed in four games for the Nailers this season. In those four contests, Nappier amassed a 2-2-0 record, 2.62 goals against average and .877 save percentage. Over the course of the past two seasons, Nappier has a 4-7-0 record with Wheeling, 2.52 goals against average and .907 save percentage.

Nappier had one of the most prolific goaltending careers in Ohio State University men’s hockey history. In 2018-19, he was named Big Ten Goalie of the Year. One year later, he was voted the Buckeyes’ Team MVP.

Wilkes-Barre/Scranton’s next game is tonight, Friday, Nov. 12, against Charlotte. Tonight’s game will feature $2 drafts from 6:00-7:30 p.m. courtesy of the PA Prostate Cancer Coalition. Puck drop between the Penguins and the Checkers is scheduled for 7:05 p.m. at Mohegan Sun Arena at Casey Plaza.

BEST GOALS OF THE SEASON (SO FAR) BRACKET