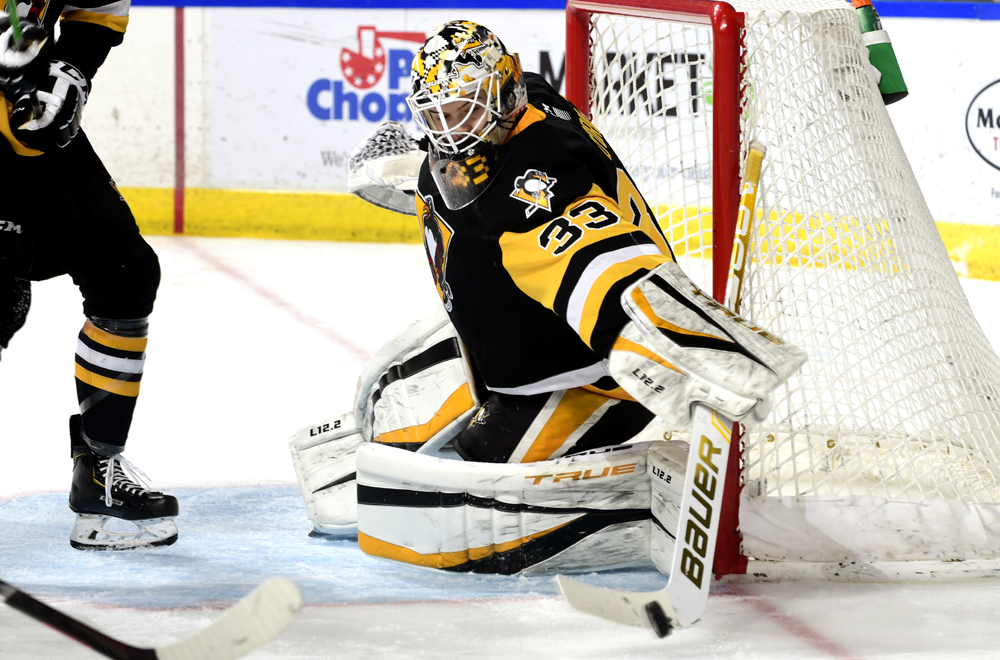 Before D’Orio was reassigned, Pittsburgh signed D’Orio to a three-year, entry-level contract as an undrafted free agent in 2017 after he won the QMJHL Championship with the Saint John Sea Dogs. The Sherbrooke, Québec native proceeded to lead the QMJHL in saves (1478) during 2017-18.

Wilkes-Barre/Scranton’s next game is tonight, Saturday, Nov. 13, against the Charlotte Checkers. Puck drop between the Penguins and Checkers is scheduled for 6:05 p.m. at Mohegan Sun Arena at Casey Plaza.

See D’Orio next when Pittsburgh faces off against the New York Islanders in Game 1 of the First Round of the Stanley Cup Playoffs, this Sunday afternoon.

SIX EYES ARE BETTER THAN FOUR