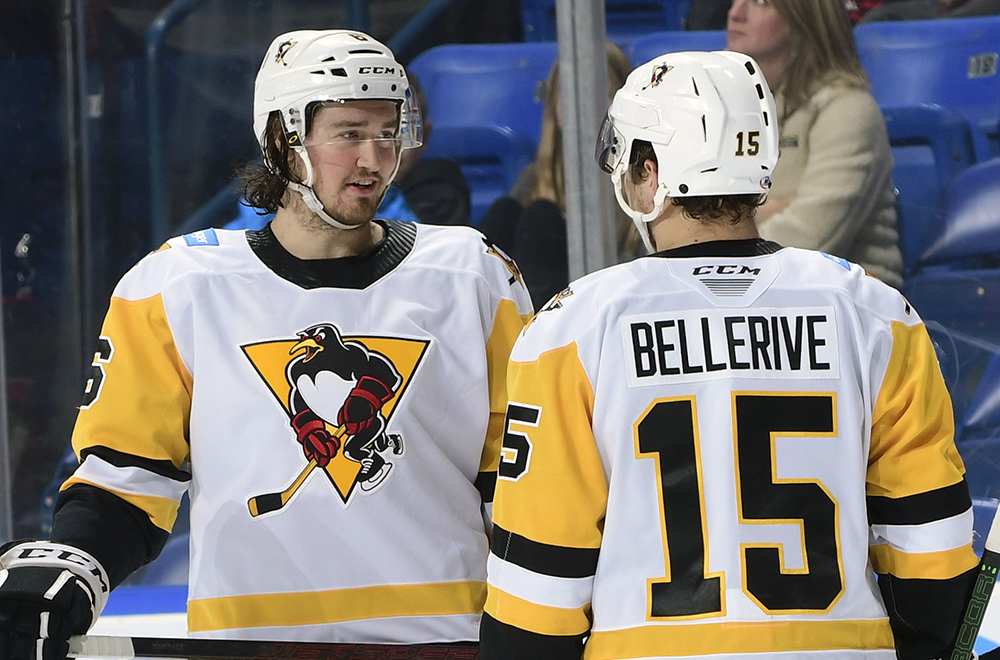 GAME RECAP – WILKES-BARRE, Pa. – The Wilkes-Barre/Scranton Penguins were shut-out by the Charlotte Checkers, 4-0, on Saturday night at Mohegan Sun Arena at Casey Plaza.

During the Penguins’ third power-play opportunity of the night, Schwindt scored shorthanded at 14:14. Schwindt added to the Checkers’ lead with a top-shelf, breakaway goal early in the middle frame.

With just over six minutes left in the second period, Schwindt struck again. The Checkers’ forward earned the hat trick with a one-timer from the slot and put the Penguins behind by three.

Wilkes-Barre/Scranton worked furiously to erase the deficit, but was continuously denied by Gibson.

Charlotte made the score 4-0 late regulation thanks to an empty-net goal from Matt Kiersted.

Penguins goalie Tommy Nappier finished the night with 27 saves, while Gibson turned away 30 shots for the shutout.

Wilkes-Barre/Scranton is on the road for their next game on Nov. 19 against the Springfield Thunderbirds. Puck drop between the Penguins and Thunderbirds is scheduled for 7:05 p.m. at MassMutual Center. The Penguins return home on Nov. 27 to face-off against the Providence Bruins for Hockey Fights Cancer night. Game time is scheduled for 6:05 p.m. at Mohegan Sun Arena at Casey Plaza.

GAME RECAP – Individual game tickets and season-ticket packages for the 2021-22 season are on sale now. Full-Season, 22-game, 12-game, Flexbook and Premium Seating plans are available by reaching out to the Penguins directly at (570) 208-7367.