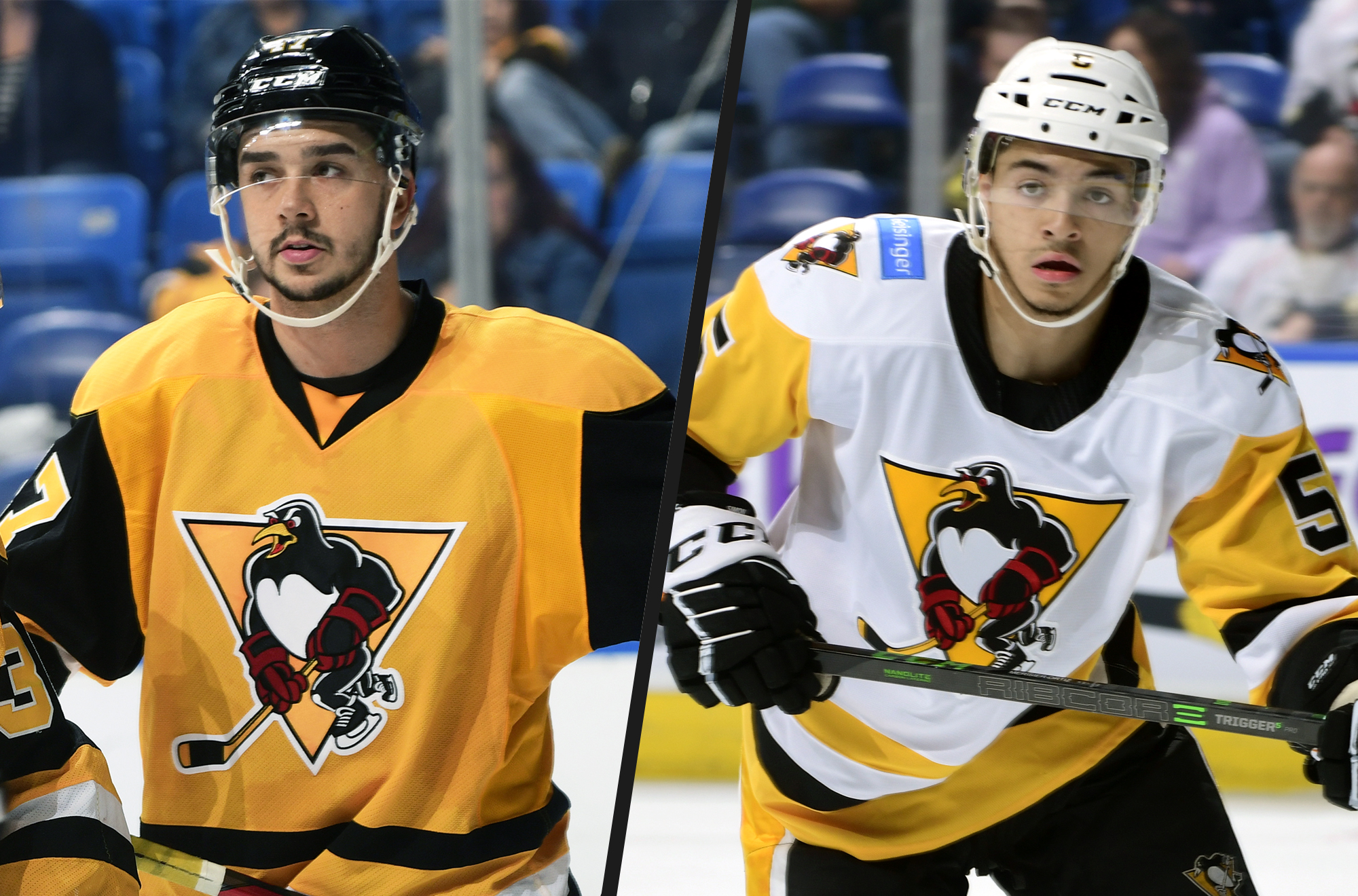 WILKES-BARRE, Pa. – The Wilkes-Barre/Scranton Penguins announced today that they have reassigned forward Sam Houde and defenseman Chris Ortiz to their ECHL affiliate, the Wheeling Nailers. Additionally, the Penguins have released defenseman Dylan MacPherson from his professional tryout agreement.

A first-year pro from Blainville, Québec, Houde produced one goal and one assist for two points in eight games. Prior to signing with Wilkes-Barre/Scranton in June, he had a five-year career in the Québec Major Junior Hockey League. Houde served as captain of the Chicoutimi Saguenéens during the 2020-21 season as they earned the best record in the QMJHL’s East Division.

Ortiz, 20, played three games for the Penguins this season. The rookie rearguard did not register any points in that time, but he did record his first pro goal during a four-game stint with the Nailers.

A native of Boisbriand, Québec, Ortiz signed a two-year contract with Wilkes-Barre/Scranton in August after a four-year stay in the QMJHL. In 231 games, the defenseman racked up 129 points (20G-109A).

MacPherson returns to Wheeling, where he serves as the team’s captain. In six games with the Nailers this season, MacPherson has one goal and three assists for four points, which led the team’s defensemen when he signed his PTO with Wilkes-Barre/Scranton.

The blueliner from Redcliff, Alberta appeared in two games this season for the Penguins. He topped the team with four shots on goal during his season debut, but did not record a point in either game.

Wilkes-Barre/Scranton is on the road for its next game on Nov. 19 against the Springfield Thunderbirds. Puck drop between the Penguins and Thunderbirds is scheduled for 7:05 p.m. at MassMutual Center. The Penguins return home on Nov. 27 to face-off against the Providence Bruins for Hockey Fights Cancer night. Game time is scheduled for 6:05 p.m. at Mohegan Sun Arena at Casey Plaza.