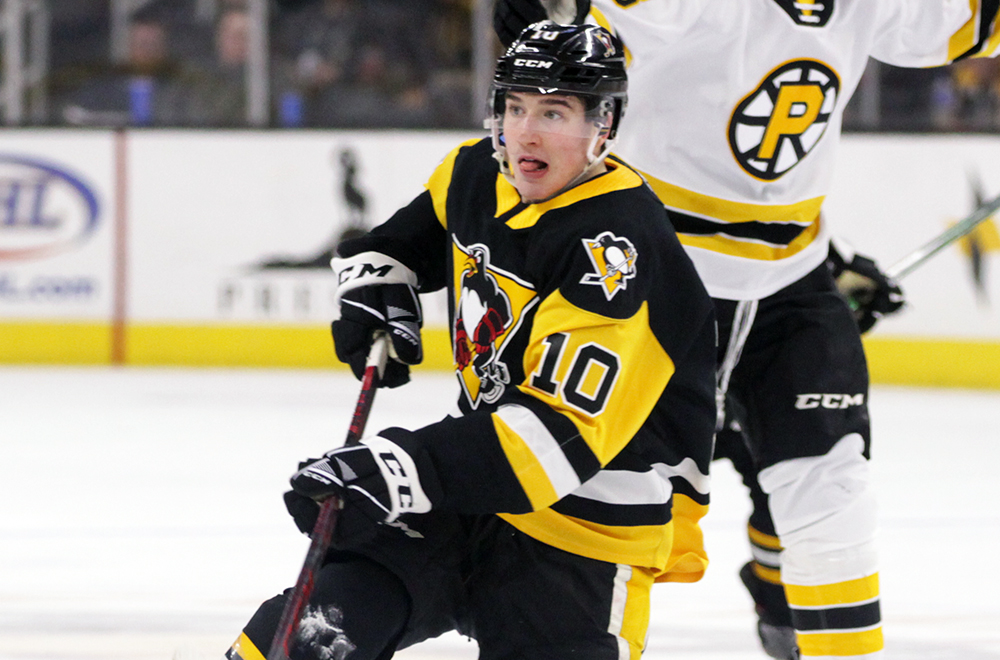 After a pair of successful penalty kills by the Penguins early in the first period, O’Connor opened the scoring at 11:05. A relentless series of shifts eventually culminated in O’Connor swatting in a rebound at the Bruins’ net-front.

The Penguins increased their lead to 2-0 midway through the second period. After an offensive-zone face-off win, Cam Lee let loose with a point shot that deflected off of Kyle Olson and in.

The Bruins came out swinging at the start of the final frame, creating several prime scoring opportunities while the teams skated at four-on-four. Domingue rebuffed every one of those early opportunities.

However, Providence finally solved Wilkes-Barre/Scranton’s netminder on the power play. Jakub Lauko beat Domingue at 10:44 of the third period during the Bruins’ sixth man advantage of the night.

Despite playing 65 minutes and facing 39 shots the night before, Domingue appeared well-rested as he continued to fend off Providence’s frenzied attempts to the tie the game. Eventually, O’Connor sealed the win for Wilkes-Barre/Scranton with an empty-netter.

Wilkes-Barre/Scranton continues its road trip for its next game, taking on the Charlotte Checkers at Bojangles’ Coliseum on Tuesday, Nov. 23. Puck drop between the Penguins and Checkers is scheduled for 7:00 p.m. The Penguins return home on Nov. 27 to face-off against the Providence Bruins for Hockey Fights Cancer night. Game time is scheduled for 6:05 p.m. at Mohegan Sun Arena at Casey Plaza.