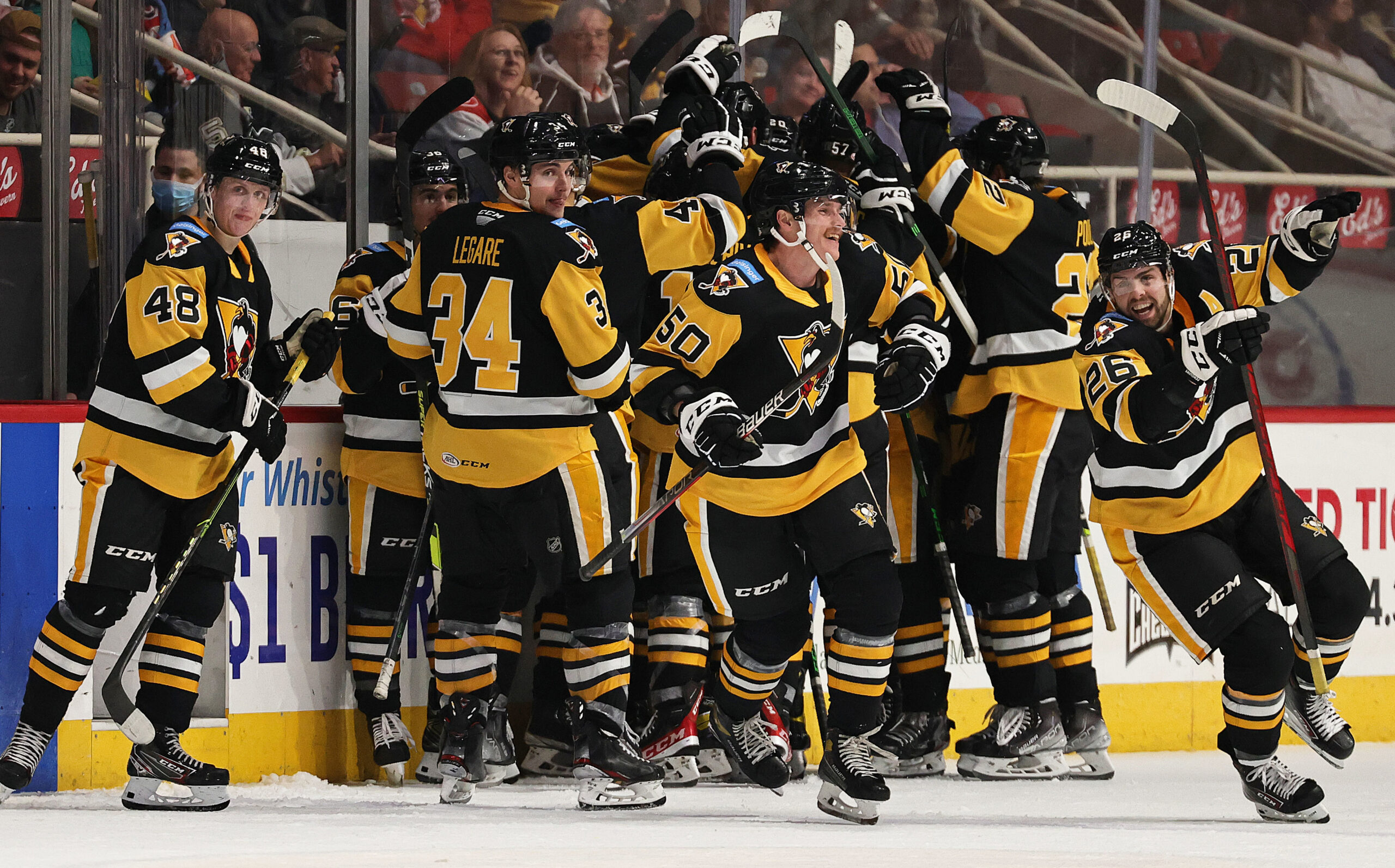 The Pens wrap up their four-game road swing with their second game in Charlotte tonight. We’ve got all the info you need in this edition of the PENGUINS PREVIEW.

With his assist on Tuesday, Drew O’Connor has four points (3+1) in three games since being assigned from Pittsburgh.

Kyle Olson recorded his second goal in as many games last night, and now has three goals in 14 games.  He recorded two goals in 23 games during his rookie season.

Filip Hallander’s overtime goal was the first game-winner of his AHL career.

The Penguins have eight wins this season, and eight different scorers have picked up game-winning goals in those contests.

P.O Joseph has points in five of his past six games with Wilkes-Barre/Scranton (0+5)

Cole Schwindt is tied for fifth among AHL rookies with six goals so far this season.

Former Penguins forward Scott Wilson (2014-16) is currently signed to an AHL deal with the Checkers.

After being affiliated with the Carolina Hurricanes for 10 seasons, the Checkers are now the primary development team for the Florida Panthers.  The Seattle Kraken are also supplying players for Charlotte this season.

Seattle’s AHL club, the Coachella Fire Birds, is scheduled to hit the ice next season.