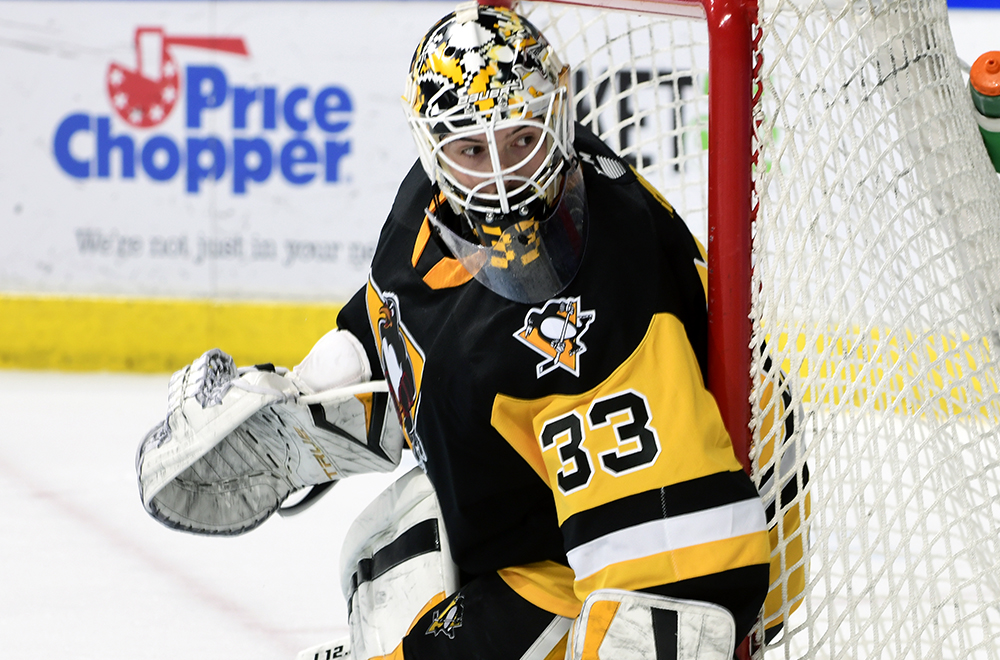 Nappier has played four games with Wilkes-Barre/Scranton this season, going 1-3-0 with a 3.08 goals against average and .900 save percentage. Nappier’s lone win came during a relief appearance on Nov. 12, during which he denied 10 of 10 shots as the Penguins downed the Charlotte Checkers, 2-1.

Wilkes-Barre/Scranton is on the road for its next game on Friday, Dec. 3 against the Syracuse Crunch. Puck drop is scheduled for 7:00 p.m. at Upstate Medical University Arena at The Oncenter War Memorial. The Penguins return home to face off against the Charlotte Checkers the next day, Saturday, Dec. 4, for their annual Teddy Bear Toss Game. Game time for the Penguins and Checkers is scheduled for 6:05 p.m. at Mohegan Sun Arena at Casey Plaza.