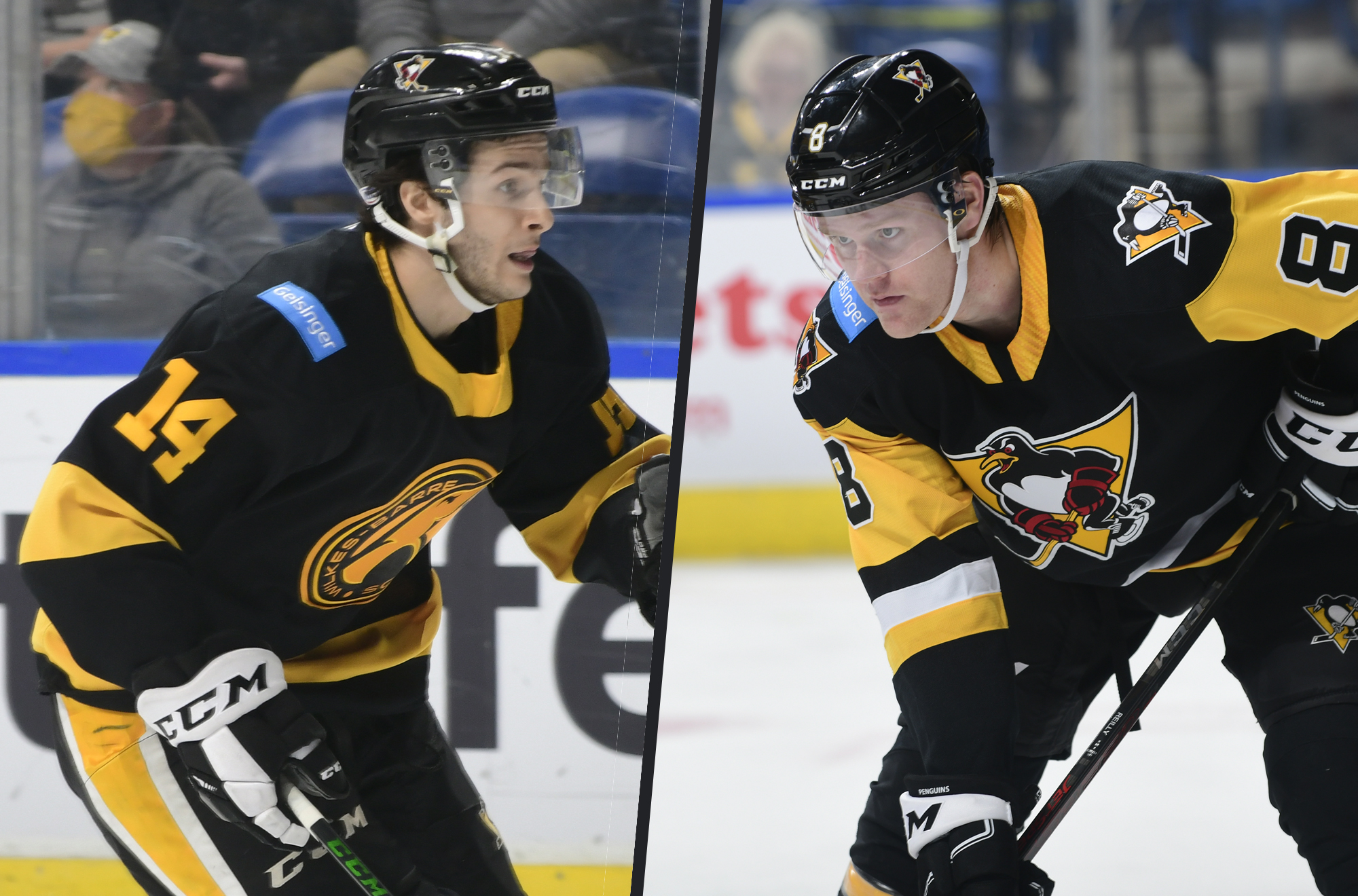 Almeida was selected by Pittsburgh in the fifth round (129th overall) of the 2018 NHL Entry Draft. He is tied for the Nailers’ team lead with nine goals, despite playing in only six games. The Kitimat, British Columbia native also added three assists in his six games with Wheeling for 12 total points.

Reilly, 24, made his Nailers debut on Nov. 24, one day after being reassigned by Pittsburgh. The defenseman logged three assists in that game and followed up that performance with a two-goal, one-assist outing two days later. In three games with Wheeling, Reilly gathered six points (2G-4A).

Reilly has appeared in five games this season with Wilkes-Barre/Scranton and did not post any points in that time. As a rookie in 2020-21, the blueliner recorded three goals and three assists for six points in 26 games for the Penguins.

Selected by Pittsburgh with the final pick in the 2017 NHL Entry Draft (217th overall), Reilly has never suited up for the Nailers before. Prior to turning pro, the Toronto, Ontario native played four seasons at Rensselaer Polytechnic Institute. At R.P.I., he topped the team’s defensemen in goals at the end of three of his four seasons.

Wilkes-Barre/Scranton is on the road for its next game on Friday, Dec. 3 against the Syracuse Crunch. Puck drop is scheduled for 7:00 p.m. at Upstate Medical University Arena at The Oncenter War Memorial. The Penguins return home to face off against the Charlotte Checkers the next day on Saturday, Dec. 4 for their annual Teddy Bear Toss Game. Game time for the Penguins and Checkers is scheduled for 6:05 p.m. at Mohegan Sun Arena at Casey Plaza.