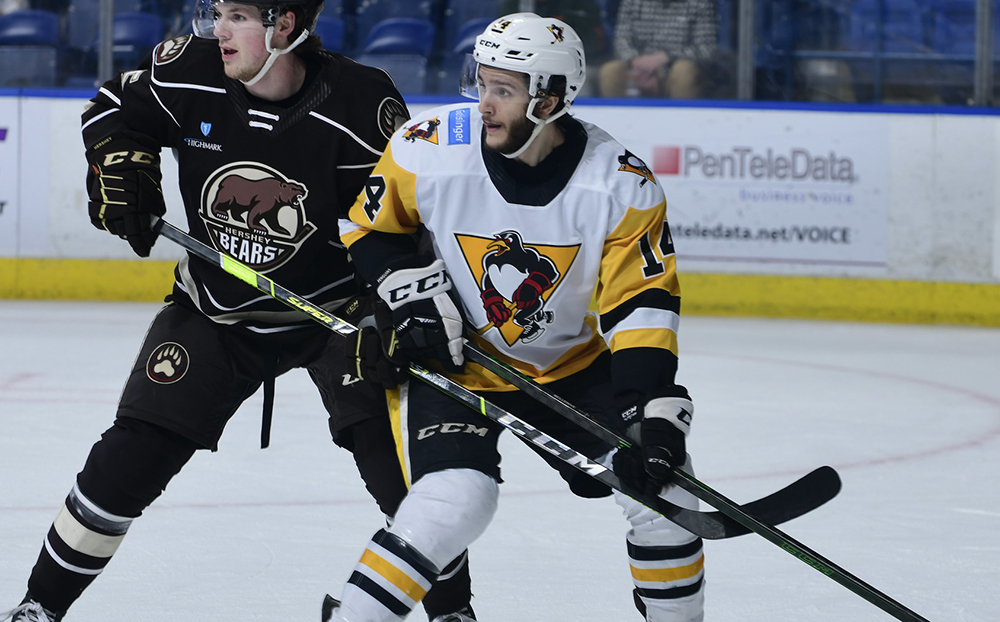 The Wilkes-Barre/Scranton Penguins and Hershey Bears meet for the third time in an eight day span when they face off tonight at the Giant Center.  Check out today’s Penguins Preview for more info.

Matt Jurusik became the first goalie in franchise history to record a shutout in his AHL debut when he stopped 28 shots in a 6-0 win over the Springfield Thunderbirds last Sunday.

P.O Joseph set a personal high with three points (1+2) in Sunday’s win over the Thunderbirds

The Bears posted a 2-0 shutout against the Thunderbirds on Friday night in Springfield. Pheonix Copley stopped 28 shots for Hershey’s first clean sheet of the season.