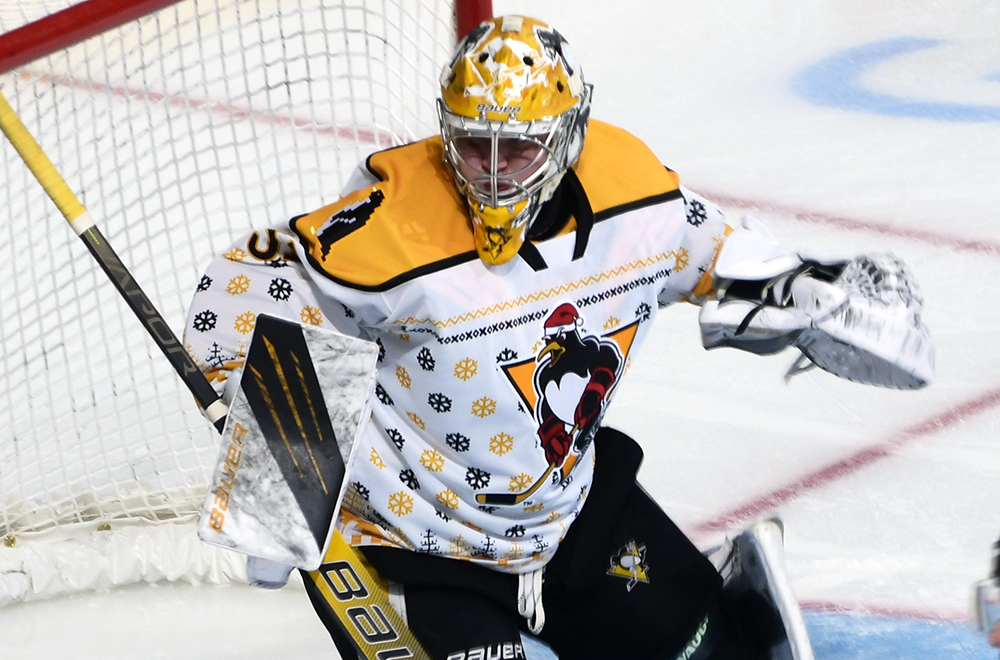 WILKES-BARRE, Pa. – The Wilkes-Barre/Scranton Penguins announced today that they have reassigned goaltender Tommy Nappier to their ECHL affiliate, the Wheeling Nailers.

Wilkes-Barre/Scranton’s next game is scheduled for tomorrow, Monday, Dec. 27, at home against the Hershey Bears. Puck drop between the Penguins and Bears is slated for 7:05 p.m. at Mohegan Sun Arena at Casey Plaza.