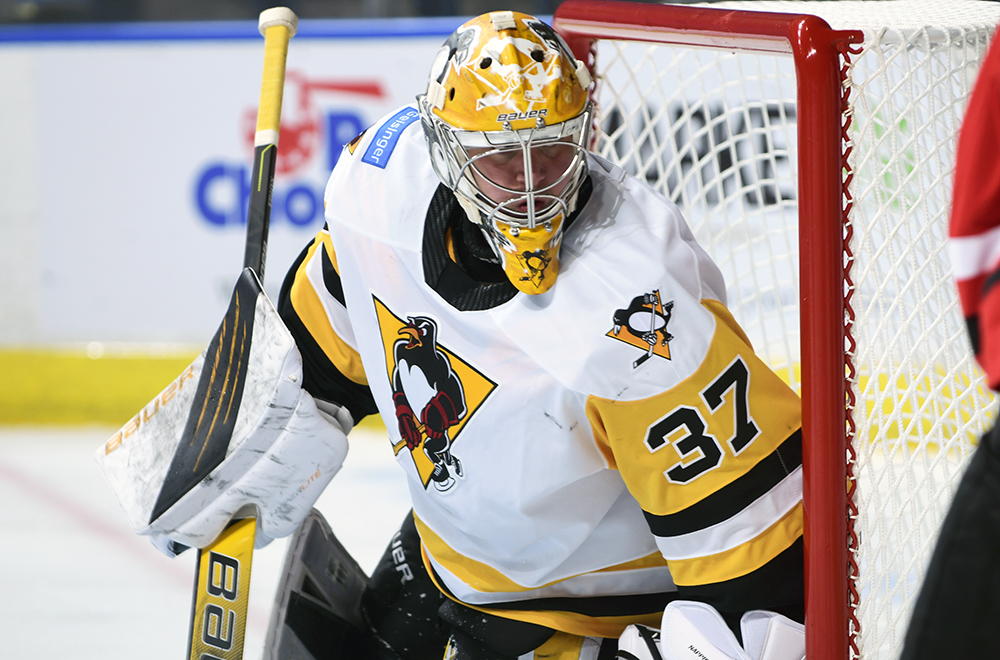 WILKES-BARRE, Pa. – The Wilkes-Barre/Scranton Penguins announced today that they have recalled goaltender Tommy Nappier from their ECHL affiliate, the Wheeling Nailers. Additionally, the Penguins have signed defenseman Matt Foley to a professional tryout agreement.

The 23-year-old netminder from St. Louis, Missouri has also dressed in five games for the Nailers this season. In those five contests, Nappier amassed a 2-3-0 record, 3.53 goals against average and .838 save percentage. Over the course of the past two seasons, Nappier has a 4-8-0 record with Wheeling, a 2.90 goals against average and .890 save percentage.

Foley, 26, is a second-year pro with the Nailers. This season, he has amassed 4 points (1G-3A) in 17 games. As a rookie, the Longmeadow, Massachusetts native earned six points (1G-5A) in 36 games with Wheeling.

Before turning pro, Foley had a four-year career patrolling the blueline at Yale University. He suited up in 88 games for the Bulldogs, producing two goals and 16 assists for 18 points.

Wilkes-Barre/Scranton’s next game is scheduled for tomorrow, Wednesday, Dec. 29, against the Hershey Bears. Puck drop between the Penguins and Bears is slated for 7:05 p.m. at Giant Center.