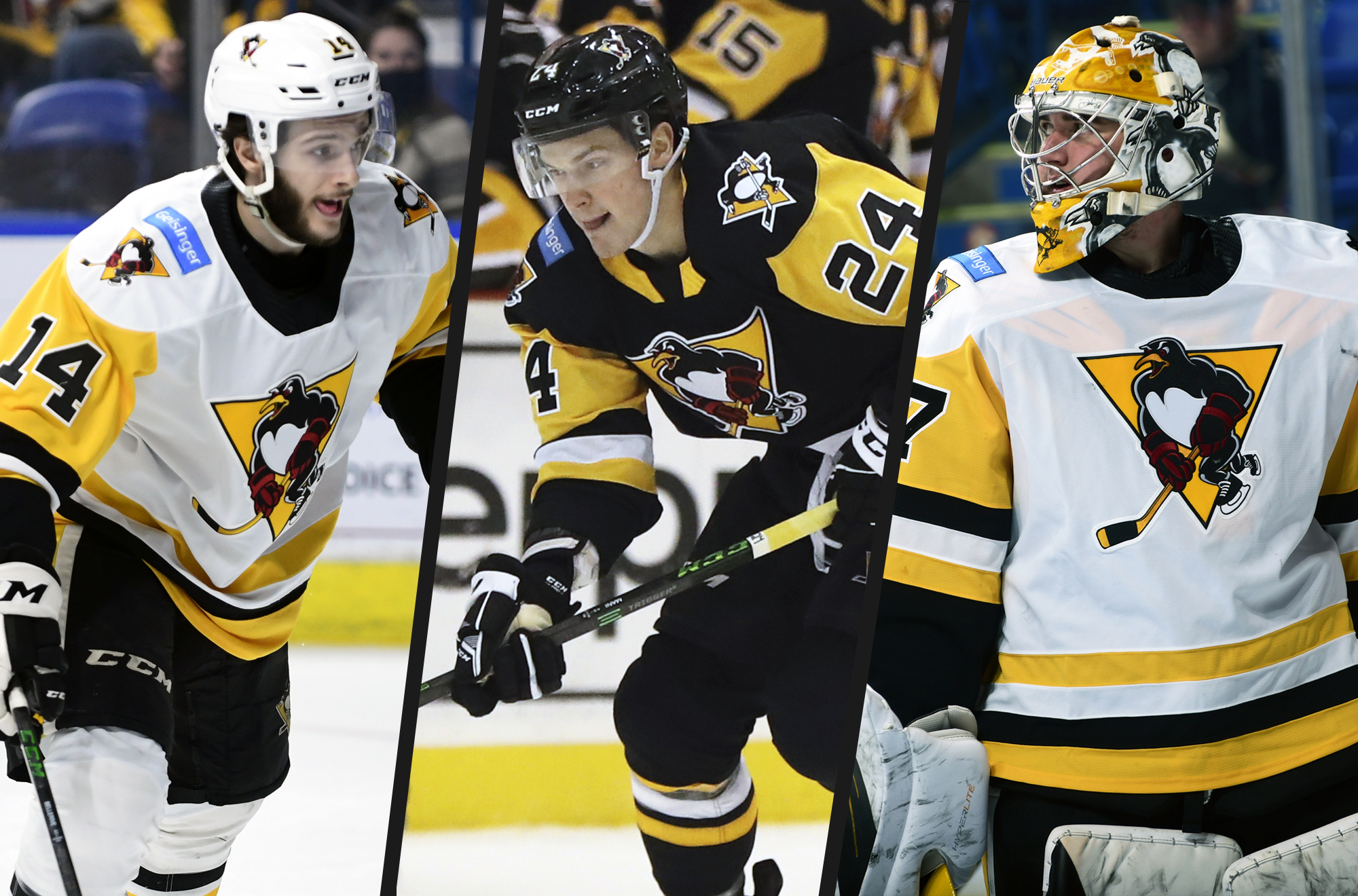 All five skaters who were released from their PTOs will report to Wheeling.

The 23-year-old netminder from St. Louis, Missouri has also dressed in five games for the Nailers this season. In those five contests, Nappier amassed a 2-3-0 record, 3.53 goals against average and .838 save percentage. Over the course of the past two seasons, Nappier has a 4-8-0 record with Wheeling, a 2.90 goals against average and .890 save percentage.

Almeida was selected by Pittsburgh in the fifth round (129th overall) of the 2018 NHL Entry Draft. He is tied for the Nailers’ team lead with nine goals, despite playing in only six games. The Kitimat, British Columbia native also added three assists in his six games with Wheeling for 12 total points.

Maniscalco leads all Nailers defensemen with six goals, 10 assists, 16 points and a plus-19 rating. The 22-year-old blueliner also ranks second overall on the team with 65 shots on goal.

A native of Perkiomenville, Pennsylvania, Maniscalco appeared in eight games with Wilkes-Barre/Scranton last season. He produced no points in those eight games during his first season as a pro and did not tack on any points in two games with the Penguins this season.

Wilkes-Barre/Scranton’s next game will also be on the road on Friday, Jan. 7 against the Utica Comets. Game time between the Penguins and Comets is scheduled for 7:00 p.m. The Penguins don’t return home until a week later, Friday, Jan. 14, when they take on the Lehigh Valley Phantoms. Puck drop for Penguins vs. Phantoms will be 7:05 p.m. at Mohegan Sun Arena at Casey Plaza.