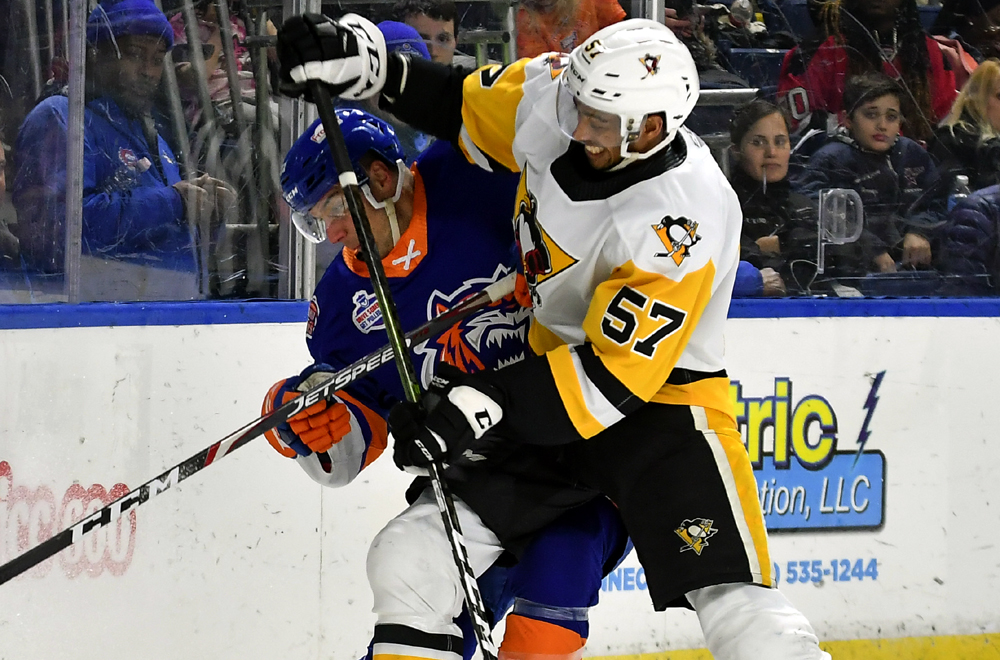 The Pittsburgh Penguins have removed defenseman P.O Joseph from the NHL’s COVID-19 Protocol List and re-assigned him to the Wilkes-Barre/Scranton Penguins of the American Hockey League, it was announced today by general manager Ron Hextall.

Joseph, 22, has been re-assigned this season from Pittsburgh to WBS, appearing in four games for Pittsburgh and 16 games for WBS.

With WBS, Joseph is tied for third on the team and ranks first among defensemen with 11 points (3G-8A) and is a team-high plus-5. His three goals this year are tied for his AHL career high set in 52 games during the 2019-20 campaign.

Wilkes-Barre/Scranton’s next game will be on the road on Friday, Jan. 7 against the Utica Comets. Game time between the Penguins and Comets is scheduled for 7:00 p.m.

The Penguins don’t return home until a week later, Friday, Jan. 14, when they take on the Lehigh Valley Phantoms. Puck drop for Penguins vs. Phantoms will be 7:05 p.m. at Mohegan Sun Arena at Casey Plaza.