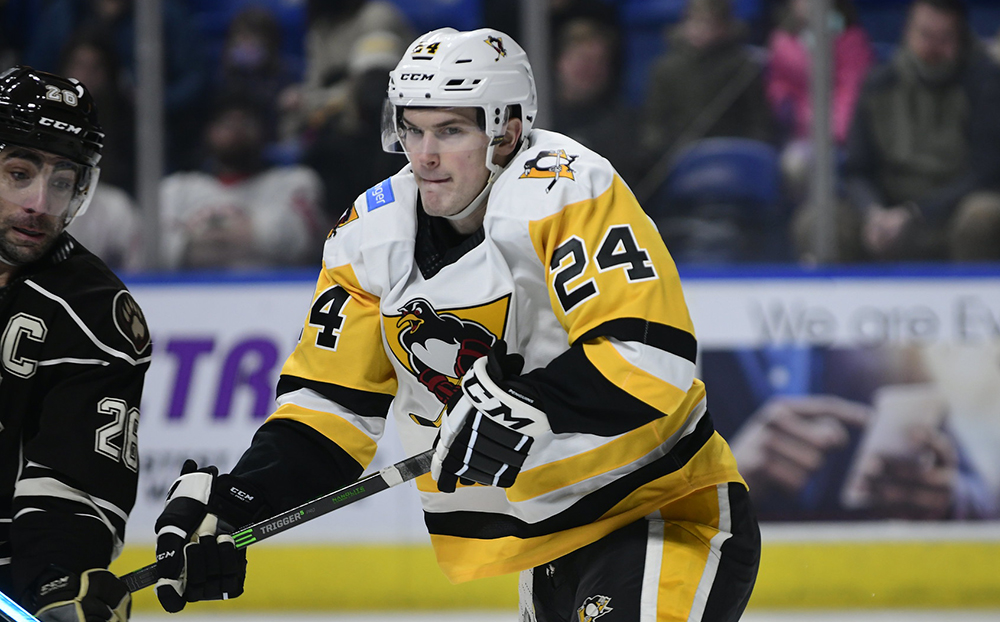 The Wheeling Nailers, proud ECHL affiliate of the Pittsburgh Penguins and the Wilkes-Barre/Scranton Penguins, are excited to announce that defenseman Josh Maniscalco is the AMI Graphics ECHL Plus Performer of the Month for December.

Maniscalco, 22, had a tremendous month of December, as he finished tied for second on the team with six goals, six assists, and 12 points in ten games, and found the scoresheet in all but one contest.

Maniscalco earned the AMI Graphics Plus Performer of the Month, thanks to his +14 rating during December, which helped propel him into the league lead in that category at +21.

The blueliner finished on the plus side in nine of ten games, and turned in a +3 rating three times during a four-game span. Maniscalco leads all ECHL rookie defensemen with eight goals and 19 points in 20 games.The native of Perkiomenville, Pennsylvania has seen AHL time for the second year in a row, as he has appeared in two games with the Wilkes Barre Scranton Penguins this season, following eight games with them in 2020-21.

Prior to turning pro, Josh attended Arizona State University for two seasons, where he racked up 52 points in 71 games.Maniscalco is the eighth Nailer all-time to earn the AMI Graphics ECHL Plus Peformer of the Month Award, and is the first to do so since Nick Saracino in December of 2018.

Wilkes-Barre/Scranton’s next game will be on the road on Friday, Jan. 7 against the Utica Comets. Game time between the Penguins and Comets is scheduled for 7:00 p.m.

The Penguins don’t return home until a week later, Friday, Jan. 14, when they take on the Lehigh Valley Phantoms. Puck drop for Penguins vs. Phantoms will be 7:05 p.m. at Mohegan Sun Arena at Casey Plaza.