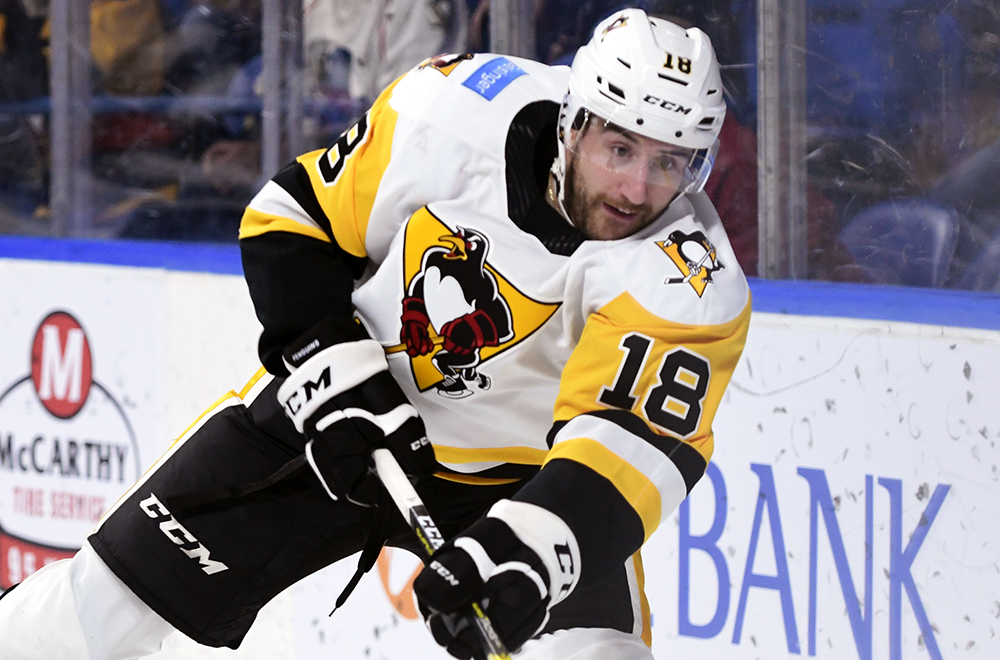 WILKES-BARRE, Pa. – The Wilkes-Barre/Scranton Penguins announced today that they have signed forward Nick Hutchison to a professional tryout agreement.

Hutchison has the second-most points on the Wheeling Nailers this season (26). He is also tied for the team’s lead with 17 assists. Furthermore, the 26-year-old forward has recorded a point in 14 consecutive ECHL games, the longest point streak in the league this season.

Hutchison suited up in four contests for Wilkes-Barre/Scranton in December while playing on a PTO. A product of Canisius College, he made his AHL debut on Dec. 11 against the Hershey Bears, but did not record any points in his four games.

Wilkes-Barre/Scranton’s first game of 2022 is Friday, Jan. 7 against the Utica Comets. Game time between the Penguins and Comets is scheduled for 7:00 p.m. The Penguins don’t return home until a week later, Friday, Jan. 14, when they take on the Lehigh Valley Phantoms. Puck drop for Penguins vs. Phantoms will be 7:05 p.m. at Mohegan Sun Arena at Casey Plaza.