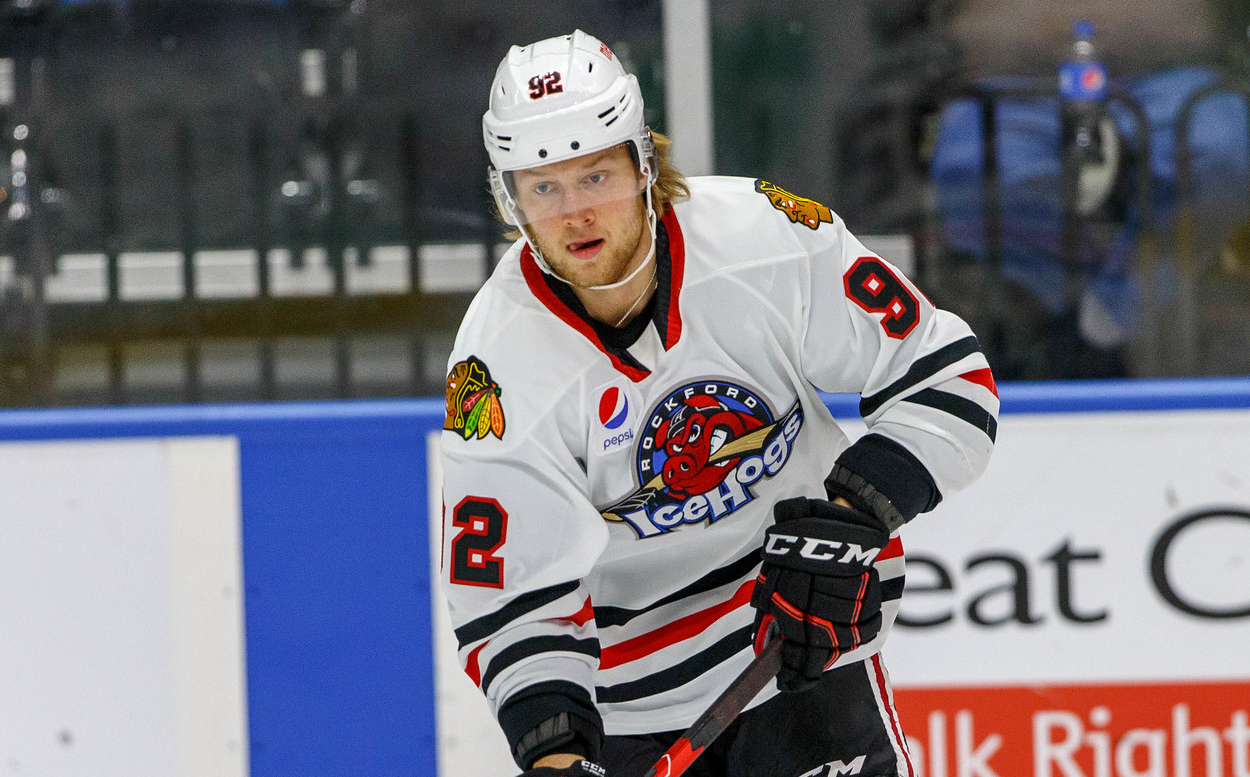 The Pittsburgh Penguins have acquired forward Alex Nylander from the Chicago Blackhawks in exchange for forward Sam Lafferty.

The 6-foot-1, 192-pound Nylander has 84 games of NHL experience under his belt, recording 13 goals, 19 assists and 32 points with the Blackhawks and Buffalo Sabres. His best NHL season came in 2019-20 with Chicago when he recorded career highs across the board with 65 games played, 10 goals, 16 assists and 26 points.

This season, Nylander has split the season between the AHL’s Rockford IceHogs and Chicago’s taxi squad. With Rockford, the forward has registered eight goals, four assists and 12 points in 23 games. His eight goals are tied for the team lead, while his 12 points rank second (tied). Nylander did not play in 2020-21 due to knee surgery.

In 188 career AHL games, split between Rockford and the Rochester Americans, Nylander has tallied 38 goals, 60 assists and 98 points.

The Swedish forward, who was born in Calgary, AB, played one season of junior hockey with the Mississauga Steelheads of the Ontario Hockey League, recording a team-leading 75 points (28G-47A) in 57 games in 2015-16. The forward was named both the CHL and OHL Rookie of the Year after leading all OHL rookies in assists and points.

He was originally drafted by the Sabres in the first round (8th overall) in the 2016 NHL Draft.

He is the son of Michael Nylander, a veteran of 920 NHL games from 1992-09, and brother of Toronto Maple Leafs’ forward William Nylander.

Wilkes-Barre/Scranton’s first game of 2022 is Friday, Jan. 7 against the Utica Comets. Game time between the Penguins and Comets is scheduled for 7:00 p.m. The Penguins don’t return home until a week later, Friday, Jan. 14, when they take on the Lehigh Valley Phantoms. Puck drop for Penguins vs. Phantoms will be 7:05 p.m. at Mohegan Sun Arena at Casey Plaza.