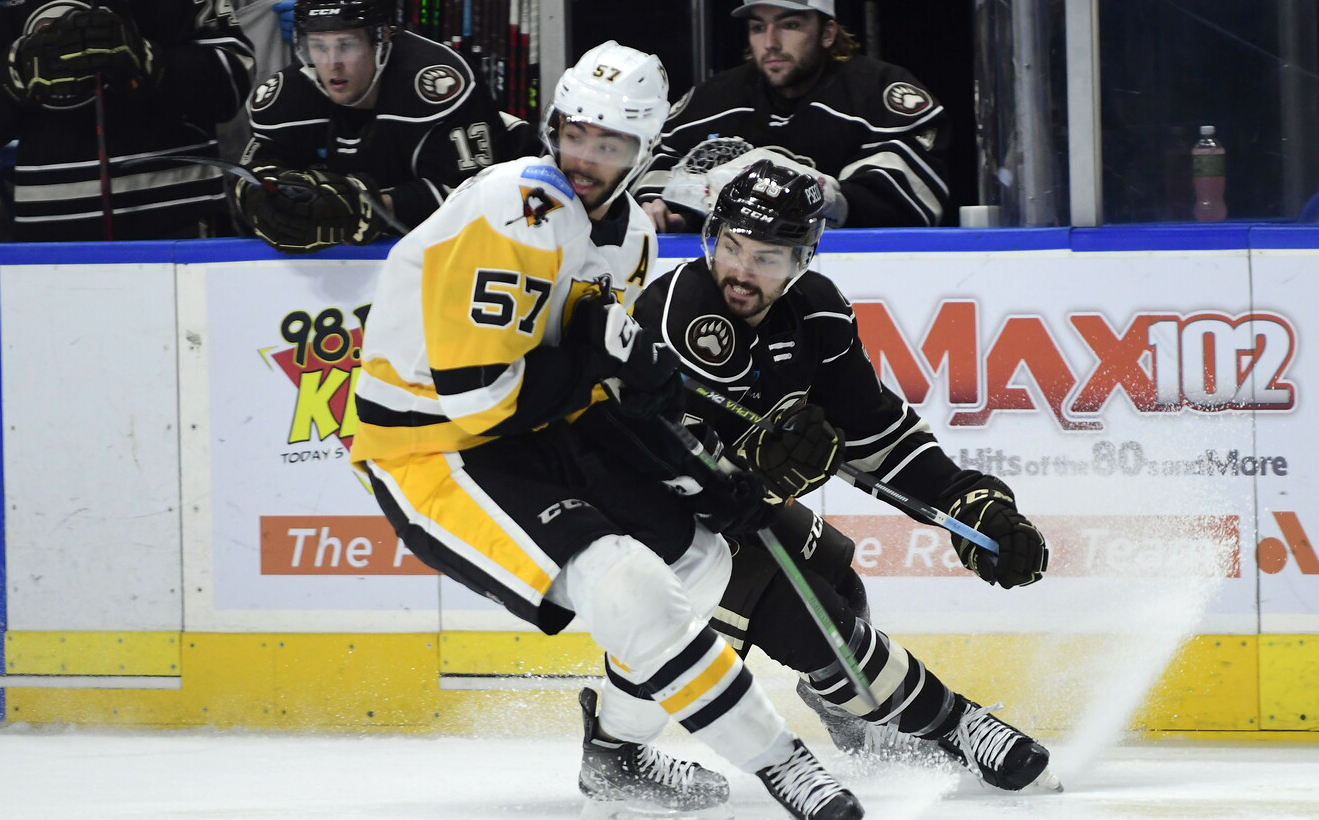 The Wilkes-Barre/Scranton Penguins and Hershey Bears face off tonight for the first of two games at the Giant Center this weekend.  Check out today’s Penguins Preview for more info.

x = with Pittsburgh
y = with Washington

Forward Valtteri Puustinen has recorded eight points (4+4) in his past seven games.

Alex Nylander picked up a pair of assists in his first game with the Penguins on Friday.

Jan Drozg has goals in back-to-back games, and has points in his past three contests (2+1).

Hershey dropped a 5-3 decision to the Syracuse Crunch on Friday night. Axel Josson-Fjallby netted a pair of goals, and Garrett Pilon notched his team-leading 10th tally.

Joe Snively, the Bears leading scorer, ranks tied for fifth in the league with 28 points (10+18), and his 18 assists are tied for fourth.

The Penguins next home game is Friday, Jan. 14, when they take on the Lehigh Valley Phantoms.