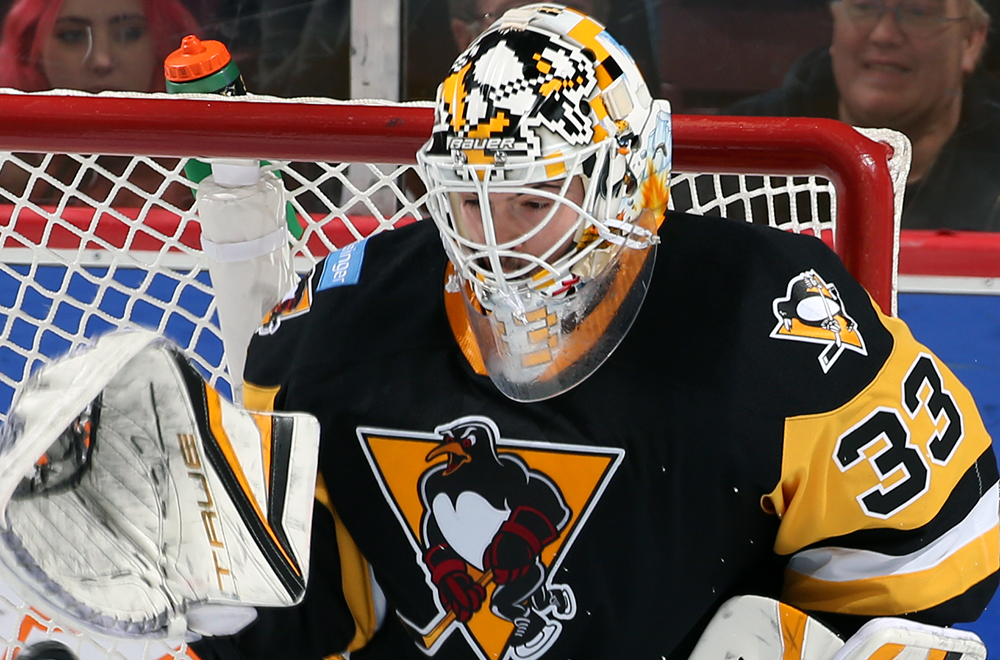 HERSHEY, Pa. – The Wilkes-Barre/Scranton Penguins were shut-out by the Hershey Bears, 3-0, on Saturday night at Giant Center.

Wilkes-Barre/Scranton (9-13-1-3) ran into goaltender Hunter Shepard, who made 20 sparkling saves for Hershey and improved his personal record to 4-0-0 against the Penguins in his career.

The Penguins held the Bears to just one shot on goal for the first 13 minutes of the second period, but a five-on-three power play afforded Hershey an opportunity to rack up the shots and extend its lead. Mike Vecchione tucked the two-man-advantage marker at 14:51 of period two.

With a chance to crack the goose egg in the third period, Alex Nylander was robbed by the outstretched, glove hand of Shepard after a pretty passing play by the Penguins. Shepard’s diving stop maintained the Bears’ two-goal edge.

Gersich tallied his second of the night with under five minutes to go in regulation.

Alex D’Orio made 33 saves while manning the crease for Wilkes-Barre/Scranton.

Wilkes-Barre/Scranton will take on Hershey again tomorrow at Giant Center to close out its three-in-three weekend. Puck drop between the Penguins and Bears’ rematch is scheduled for 5:00 p.m. The Penguins will return home on Friday, Jan. 14 when they face-off against the Lehigh Valley Phantoms. Puck drop for Penguins vs. Phantoms will be 7:05 p.m. at Mohegan Sun Arena at Casey Plaza.

Individual game tickets and season-ticket packages for the 2021-22 season are on sale now. Full-Seaon, 22-game, 12-game, Flexbook and Premium Seating plans are available by reaching out to the Penguins directly at (570) 208-7367.