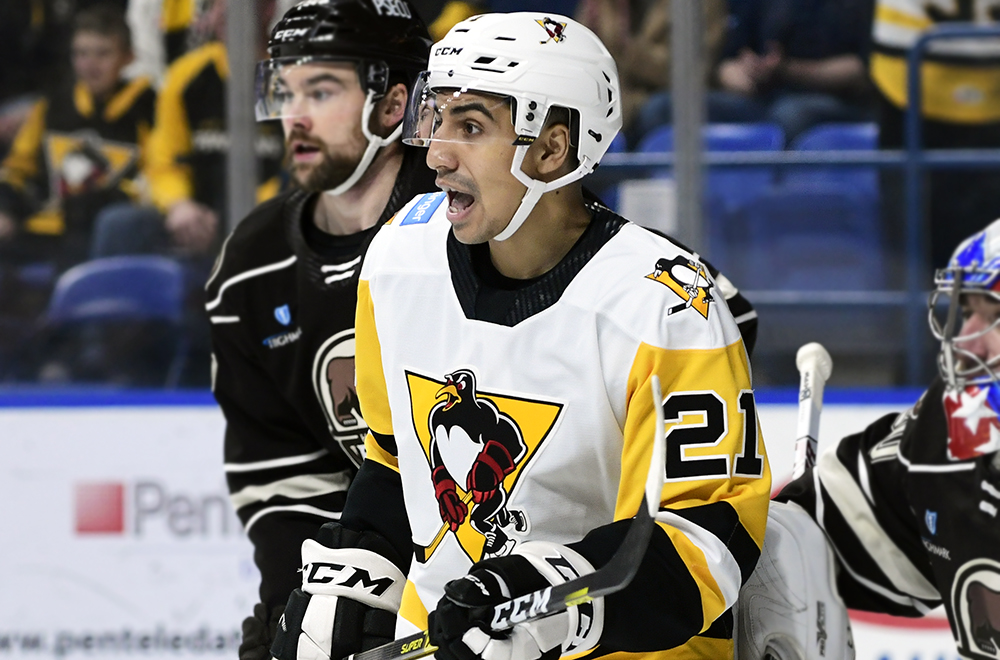 WILKES-BARRE, Pa. – The Wilkes-Barre/Scranton Penguins announced today that they have signed forward Patrick Watling to a professional tryout agreement.

Watling, 28, is enjoying an excellent season with the Penguins’ ECHL affiliate, the Wheeling Nailers. Watling leads the Nailers with 12 goals, 19 assists and 31 points while only appearing in 19 games. Because of his outstanding season and previous standouts seasons before this, he’s also been selected for the 2022 Warrior/ECHL All-Star Classic.

The Sault Ste. Marie, Ontario native has played four games in the AHL this season so far. He’s split his time evenly between the Penguins and Syracuse Crunch. In those four contests, Watling produced two assists.

Wilkes-Barre/Scranton’s next game is Friday, Jan. 14 against Lehigh Valley Phantoms. Puck drop between the Penguins and Phantoms is scheduled for 7:05 p.m. at Mohegan Sun Arena at Casey Plaza.