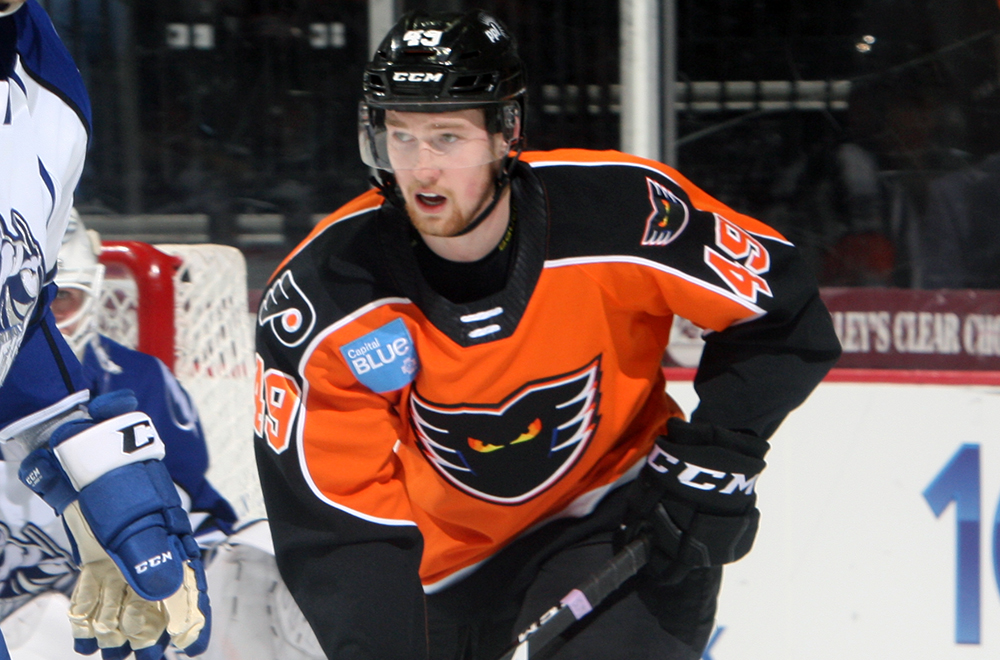 WILKES-BARRE, Pa. – The Wilkes-Barre/Scranton Penguins announced today that they have signed forward Pascal Laberge to a professional tryout agreement.

Laberge has 54 games of AHL experience under his belt, all played with the Penguins’ in-state rival, the Lehigh Valley Phantoms. After joining the Phantoms late in the 2017-18 season, Laberge produced 15 goals and five assists for 20 career AHL points.

The 23-year-old, fourth-year pro currently leads the ECHL’s Maine Mariners in goals (13), assists (16), and points (29) while skating in 24 games this season. In 48 career ECHL contests with Maine and the Reading Royals, Laberge has posted 41 points (19G-22A).

Prior to turning pro, Laberge played junior hockey in the Québec Major Junior Hockey League for the Gatineau Olympiques, Victoriaville Tigres and Québec Remparts. The Philadelphia Flyers drafted him in the second round (36th overall) of the 2016 NHL Entry Draft after he led Victoriaville with 68 points (23G-45A) as a 17 year old.

The native of Châteauguay, Québec finished his QMJHL career with 62 goals and 116 assists for 178 points in 224 games.

Wilkes-Barre/Scranton’s next game is tonight, Friday, Jan. 14, against Laberge’s former team, the Lehigh Valley Phantoms. Puck drop between the Penguins and Phantoms is scheduled for 7:05 p.m. at Mohegan Sun Arena at Casey Plaza.