DESPITE BARRAGE OF SHOTS, PENGUINS FOILED BY PHANTOMS, 4-3 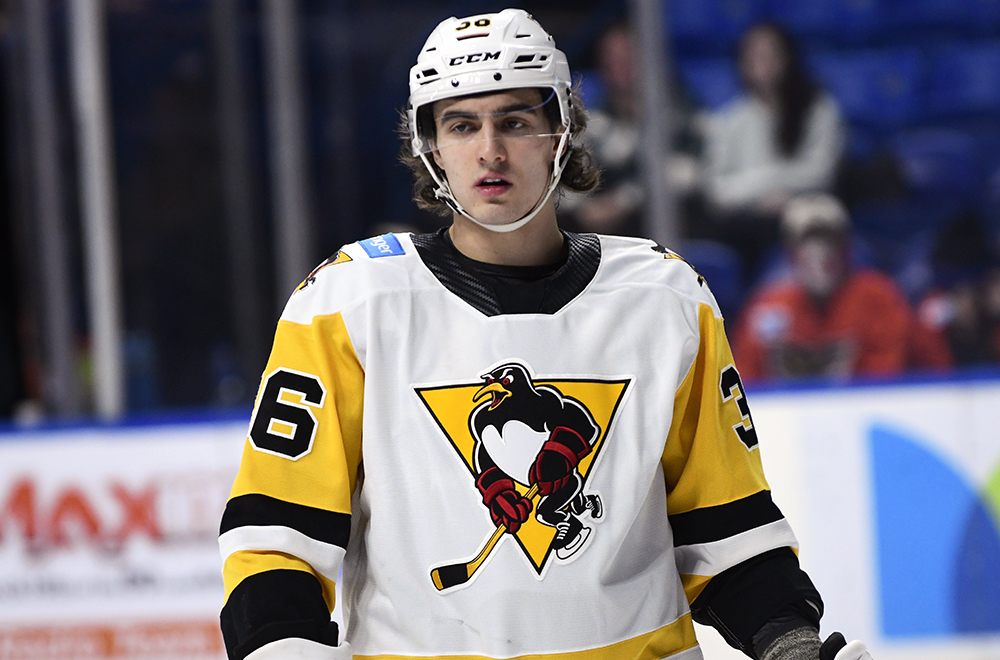 RECAP WILKES-BARRE, Pa. – The Wilkes-Barre/Scranton Penguins out-shot, out-chanced, and out-possessed the Lehigh Valley Phantoms for 60 minutes, but only walked away with a 4-3 loss at Mohegan Sun Arena at Casey Plaza on Friday night.

Wilkes-Barre/Scranton (9-14-1-3) out-shot their in-state rival, 42-16, and never took its foot off the gas. Lehigh Valley proved opportunistic on its few chances and received a star showing from rookie netminder Garrett Metcalf.

The Penguins did not ease into the contest, scoring 3:16 into the game. Félix Robert gathered a loose puck in his feet and skirted across the slot before whipping a low shot past Metcalf to open the scoring.

Lehigh Valley retaliated with a power-play goal from Linus Sandin at 14:10.

Wilkes-Barre/Scranton out-shot the Phantoms 16-6 in the first period, but remained tied at 1-1. The second period was more of the same, with the Penguins out-bidding their opponent, 16-5, but Metcalf miraculously kept the game stuck at a 1-1 score.

Sandin registered his second tally of the night at 2:14 of the third period, and then Cal O’Reilly put the Phantoms ahead, 3-1, nine minutes into the final frame of regulation.

Undeterred, the Penguins continued to press and were rewarded with a beautiful passing play and finish by the line of Robert, Sam Houde and Valtteri Puustinen. Robert won the puck from the left wall, delivered a perfect pass to the backdoor for Houde who spun around and flicked it right back across the crease for Puustinen’s team-leading 10th goal of the year.

Buzzing and on the precipice of tying the game, Wilkes-Barre/Scranton pulled its goalie for an extra attacker. However, after a face-off win by Lehigh Valley, defenseman Adam Clendening pounded the puck out of his zone, off the boards at center ice, and it caromed perfectly into the Penguins’ empty net.

Alex Nylander scored his first goal in a Penguins uniform with 6.5 seconds left in regulation to make it 4-3, but it was too late to tie the game.

Metcalf turned aside 39 shots to steal the win for the Phantoms. Alex D’Orio notched 12 saves while manning the crease for the Penguins.

To recap, Wilkes-Barre/Scranton’s next game is tomorrow, Saturday, Jan. 15, a rematch with Lehigh Valley. Puck drop between the Penguins and Phantoms is scheduled for 7:05 p.m. at PPL Center. The Penguins’ next home game is Sunday, Jan. 16 against the Hershey Bears. Sunday’s 3:05 p.m. contest is also a Kids Free Sunday. Children age 14 and under

Individual game tickets and season-ticket packages for the 2021-22 season are on sale now. Full-Season, 22-game, 12-game, Flexbook and Premium Seating plans are available by reaching out to the Penguins directly at (570) 208-7367. – RECAP