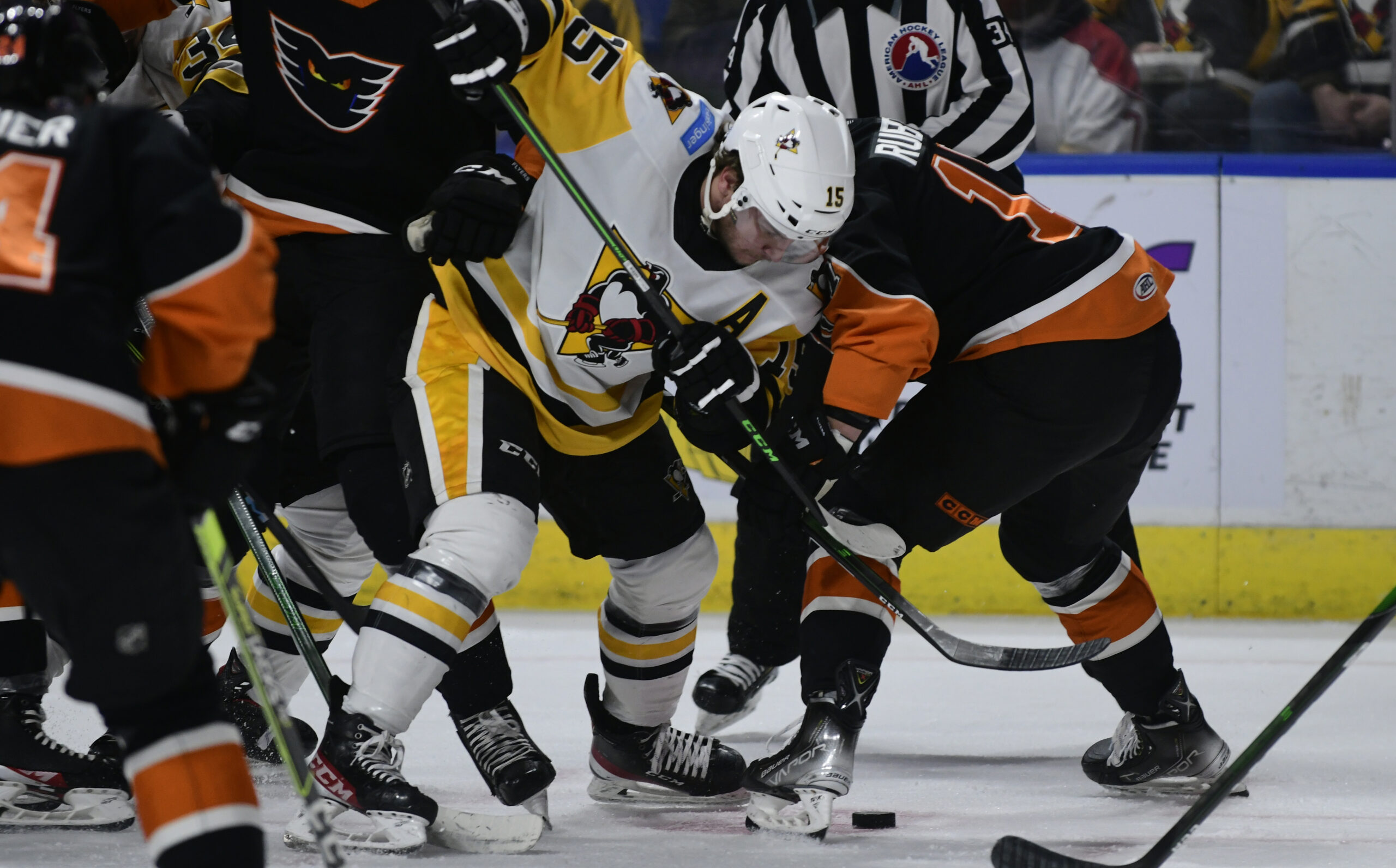 The Wilkes-Barre/Scranton Penguins and Lehigh Valley Phantoms face off tonight for the second game of a home-and-home series.

Forward Valtteri Puustinen has recorded nine points (5+4) in his past 10 games.

Roberts’ 14 points this season are one better than his total in his rookie campaign last year.

Nylander now has four points (1+3) in his first four games with the Penguins.

Phantoms goaltender Pat Nagle was recently named as a member of the 2022 US Men’s Olympic Ice Hockey Team for the upcoming Winter Games in Beijing.