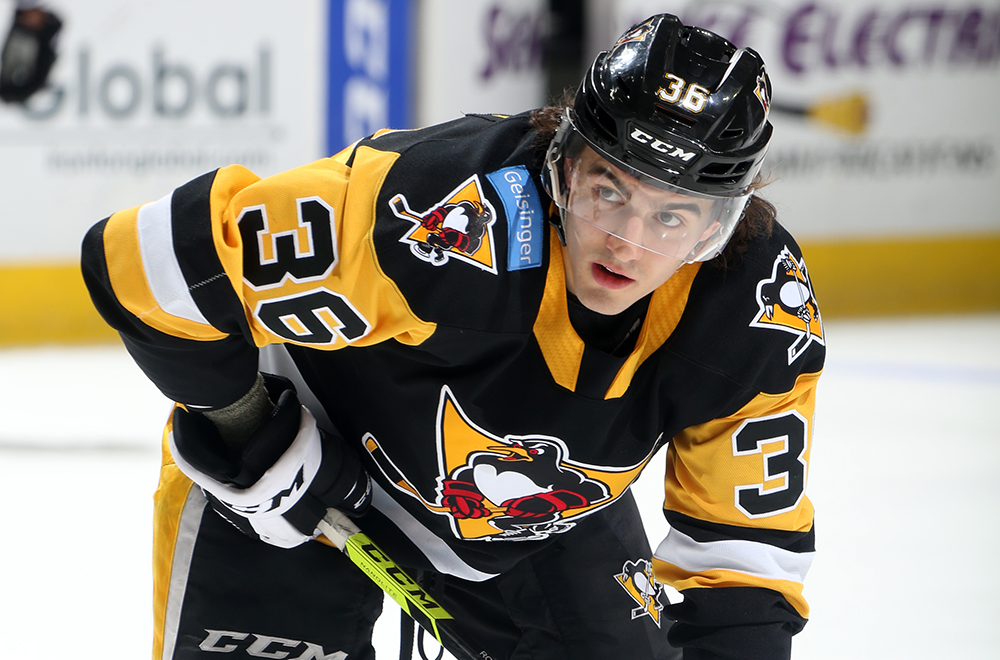 ALLENTOWN, Pa. – The Wilkes-Barre/Scranton Penguins returned to the win column by storming the Lehigh Valley Phantoms, 5-2, at PPL Center on Saturday night.

Wilkes-Barre/Scranton (10-15-1-3) raced out to a 4-0 lead in the second period while out-shooting the Phantoms 27-9 through the first 40 minutes. Lehigh Valley tallied a pair of power-play goals in the third period, but never threatened the Penguins’ huge lead.

Following an early penalty kill, the Penguins started to take control of the game. Their constant pressure eventually gave way to Valtteri Puustinen opening the scoring midway through the first period.

The Penguins broke the game open with a triad of goals separated by 1:37 in the second period. First, Sam Poulin settled down a bouncing puck and flicked it over Felix Sandström at 9:50 of the middle frame. Forty-three seconds later, Mitch Reinke set-up Félix Robert for a blistering one-timer. Fifty-four seconds after that, Nathan Légaré unleashed a laser beam to the back of the net and ran Wilkes-Barre/Scranton’s lead to 4-0.

The Phantoms spoiled Tommy Nappier’s shutout bid midway through the third period on a power-play goal from Connor Bunnaman. Wade Allison tacked on another man-advantage marker with 4:34 left in regulation.

Following Allison’s goal, Lehigh Valley pulled its goalie for an extra attacker. With the net empty at the other side of the ice, Wilkes-Barre/Scranton captain Taylor Fedun split the uprights to secure victory for his side.

Nappier earned the win with 20 saves. Sandström was dealt the loss having made 30 stops of 34 shots faced.

Wilkes-Barre/Scranton is back on home ice for its next game, tomorrow, Sunday, Jan. 16. The Penguins will take on the Hershey Bears for a matinée 3:05 p.m. puck drop. Sunday’s clash is also a Kids Free Sunday. Children ages 14 and under can attend the game for free with the purchase of an adult ticket.

PENGUINS TO PLAY IN CLEVELAND MONSTERS OUTDOOR CLASSIC ON MAR. 4