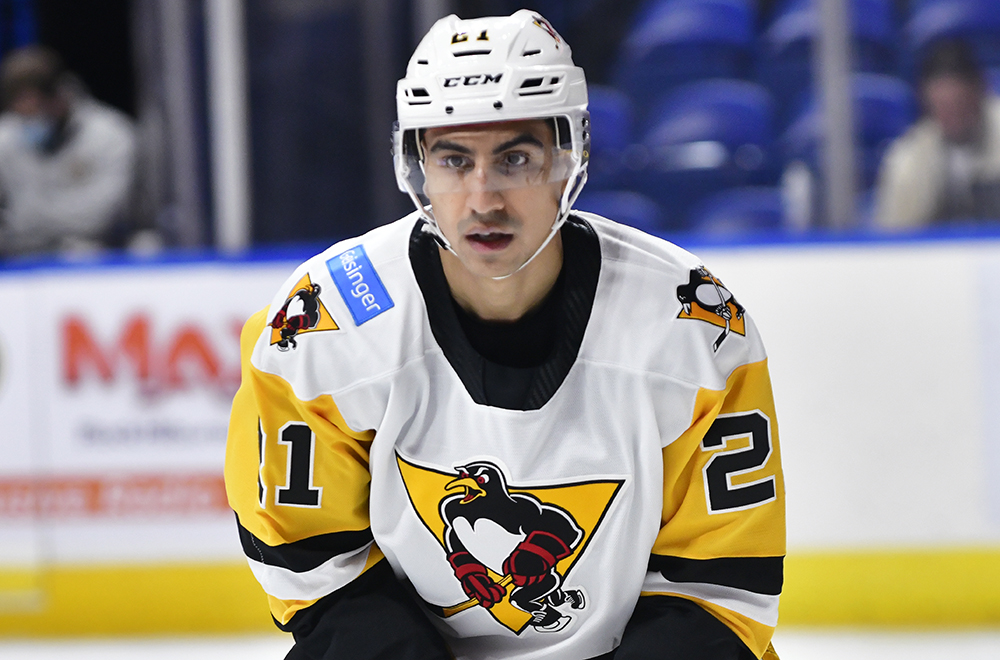 WILKES-BARRE, Pa. – The Wilkes-Barre/Scranton Penguins announced today that they have signed forward Patrick Watling to a professional tryout agreement.

Watling, 28, is enjoying an excellent season with the Penguins’ ECHL affiliate, the Wheeling Nailers. Watling leads the Nailers with 20 assists and 33 points while only appearing in 22 games. His 13 goals also rank second on the team.

The Sault Ste. Marie, Ontario native has played five games in the AHL this season, split between the Penguins and Syracuse Crunch. In those five contests, Watling produced one goals and two assists. His lone goal was the game-winner for Wilkes-Barre/Scranton in a 2-1 triumph over the Hershey Bears on Jan. 16.

Wilkes-Barre/Scranton’s next game is tomorrow, Friday, Jan. 28, when it travels to the Buckeye State to take on the Cleveland Monsters. Puck drop between the Penguins and Monsters is slated for 7:00 p.m. at Rocket Mortgage FieldHouse. The Penguins’ next home game will be Wednesday, Feb. 2, when they host the Springfield Thunderbirds for a 7:05 p.m. tilt at Mohegan Sun Arena at Casey Plaza.