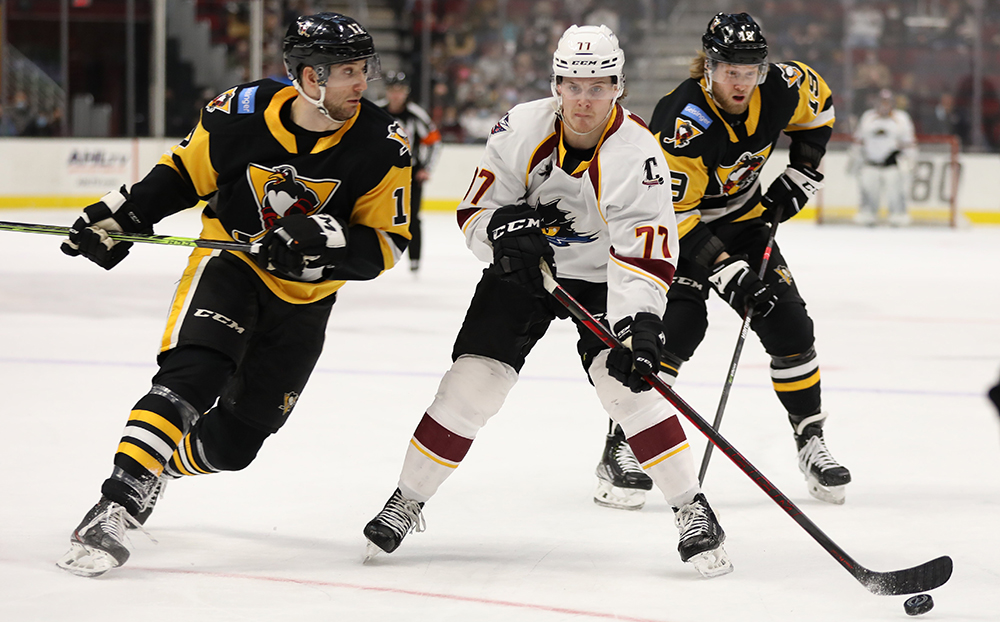 The Wilkes-Barre/Scranton Penguins and Cleveland Monsters conclude their two-game set in Ohio tonight.

The Penguins have posted a 6-2-0-0 record in their past eight games, which includes a pair of wins over the Monsters.

Cleveland has put up a 3-7-1-0 mark since the start of January, and has dropped five of the past six contests.

Alex D’Orio posted his first career AHL shutout with an 18-save performance Friday night.  He has started the past six Penguins contests, going 4-2-0 in that span.

Alex Nylander has recorded 11 points (6+5) in 12 games since joining the Penguins.

Juuso Riikola has recorded six points (1+5) in the past six games, including his first AHL goal on Tuesday in Hershey.

Chaput returned to the Penguins lineup on Friday after being sidelined due to injury since December 14.  He picked up an assist in his return.

Brendan Gaunce ranks tied for eighth in the AHL with 15 goals.

The Monsters hockey operations staff is a who’s-who of former Wilkes-Barre/Scranton Penguins players.

Individual game tickets and partial ticket packages for the 2021-22 season, including 22- game, 12-game, Flexbook andPremium Seating plans are available by reaching out to the Penguins directly at (570) 208-7367.