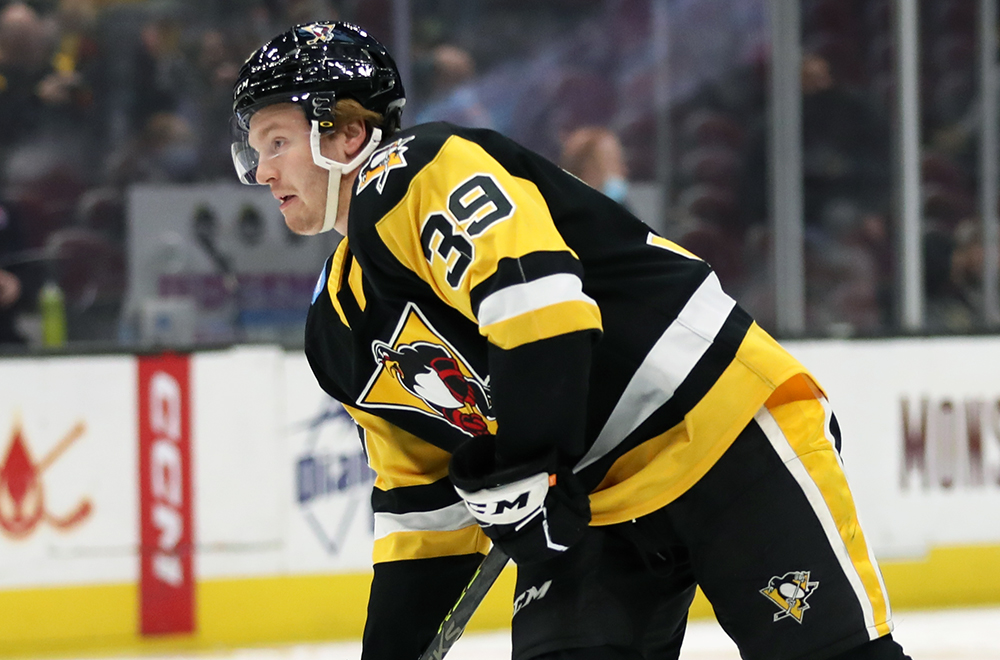 CLEVELAND, Ohio – The Wilkes-Barre/Scranton Penguins ended their first month of the New Year with a bang, downing the Cleveland Monsters, 5-2, at Rocket Mortgage FieldHouse.

By winning on Saturday night, Wilkes-Barre/Scranton (16-17-1-3) triumphed in seven of its last nine games in January. Goaltender Alex D’Orio secured victory for the Penguins with 31 saves while making his seventh start in 11 days.

The Penguins’ power play led the way offensively to start the night. Félix Robert opened the scoring with a man-advantage marker midway through the first period. Wilkes-Barre/Scranton notched another power-play goal 2:14 into the second period with Nathan Légaré doing the honors.

Kyle Olson ran the Penguins’ lead to 3-0 by lighting the lamp 33 seconds after Légaré’s tally.

Cleveland turned the game on its head with a shorthanded goal from Brendan Gaunce at 7:42 of the middle frame. Riding the momentum from that shorthanded strike, the Monsters started to generate more and more scoring chances only to be shut down by D’Orio.

Wilkes-Barre/Scranton reestablished its three-goal edge 29 seconds into the third period. Jordy Bellerive made it 4-1 with a top-shelf, backhand finish from the low slot.

Liam Foudy scored another shorthanded goal for Cleveland at 11:53 of the third, but the Monsters didn’t come any closer to mounting a comeback. Following several brilliant saves by D’Orio when the Monsters had their goalie pulled for an extra attacker, Pierre-Olivier Joseph notched an empty-net goal to put the game away.

Wilkes-Barre/Scranton start February by returning home for a matchup with the Springfield Thunderbirds on Wednesday, Feb. 2. Puck drop between the Penguins and T-Birds is scheduled for 7:05 p.m. at Mohegan Sun Arena at Casey Plaza.