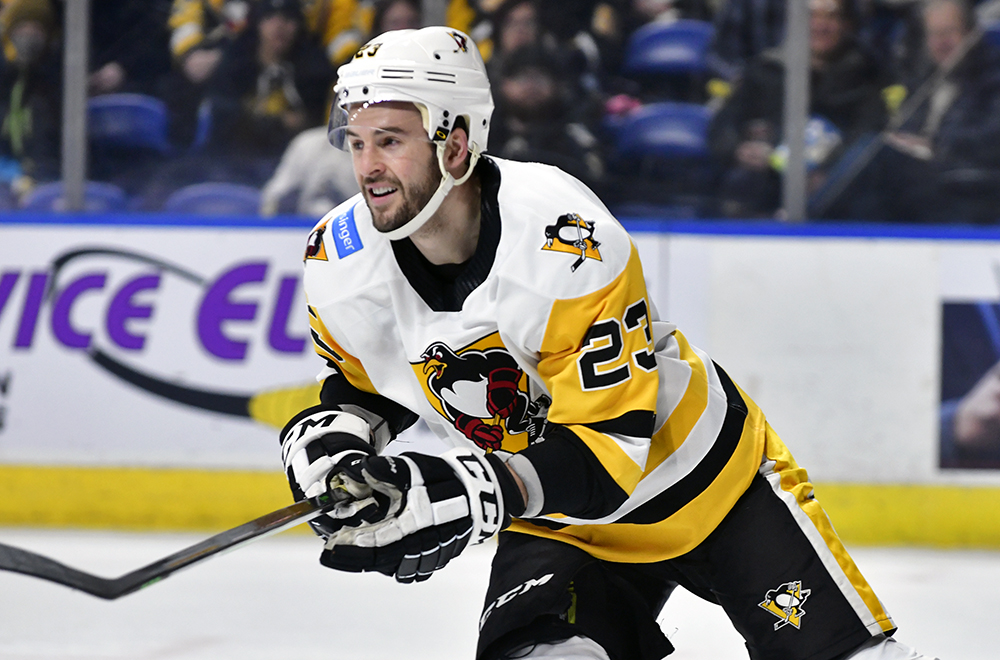 WILKES-BARRE, Pa. – The Wilkes-Barre/Scranton Penguins announced today that they have come to terms on a one-year contract extension with forward Jamie Devane. Devane’s American Hockey League contract will now run through the 2022-23 season.

Devane, 30, is in his second season with the Penguins, rejoining the club after spending the 2020-21 campaign on a professional tryout agreement with the San Diego Gulls. In 2019-20, Devane posted four goals and five assists for nine points and 81 penalty minutes in 36 games with Wilkes-Barre/Scranton.

Over his 10 seasons as a pro, Devane has logged 384 games in the AHL and accrued 58 points (26G-38A). Drafted by the Toronto Maple Leafs in the third round (68th overall) of the 2009 NHL Entry Draft, the native of Mississauga, Ontario also played two NHL games for Toronto in 2012-13.

Wilkes-Barre/Scranton’s next game is Friday, Feb. 4 against the Bridgeport Islanders, and is also another EYEWITNESS NEWS FAN FRIDAY. Lower-bowl seating will be available for just $16 and select draft beers will be on sale for $2 from 6:30-7:30 p.m. Puck drop between the Penguins and Islanders is  scheduled for 7:05 p.m. at Mohegan Sun Arena at Casey Plaza.