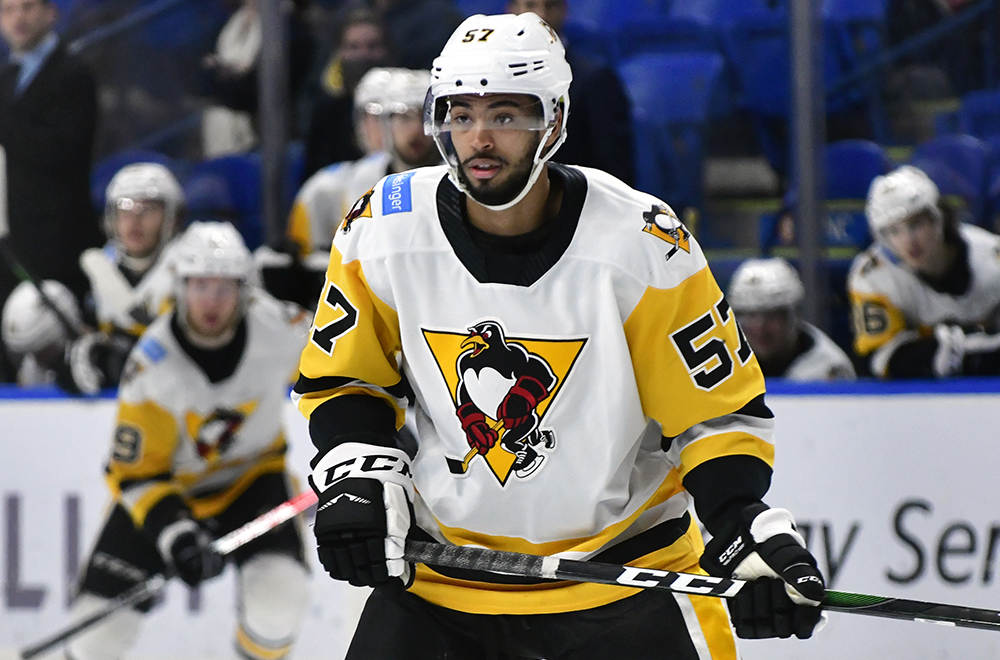 Wilkes-Barre/Scranton (18-17-1-3) extended its winning streak to a season-high four games, but not without some pushback from its opponent. The Islanders seemingly had an answer every time the Penguins pulled ahead, until Pierre-Olivier Joseph gave Wilkes-Barre/Scranton the edge in the third period.

The Penguins stormed the Islanders out of the gate, scoring twice in the first four minutes of the game. Alex Nylander put Wilkes-Barre/Scranton on the board at 1:43, and Jan Drozg made it 2-0 at 3:27.

Bridgeport used the rest of the first period to slowly claw its way back into the contest, starting with a strike from Kyle MacLean midway through the opening frame. Erik Brown tipped in a point shot with less than three minutes left before the first intermission, tying the game at 2-2.

Wilkes-Barre/Scranton hopped back ahead, 3-2, on an early second-period snipe by Anthony Angello. However, Paul Thompson clapped back with another tying goal for Bridgeport at 8:55 of the middle frame.

The Penguins proceeded to pepper Islanders goalie Cory Schneider throughout the rest of the period to no avail. Wilkes-Barre/Scranton out-bid Bridgeport by a massive 20-4 margin the second period, but remained tied at three goals apiece.

Joseph delivered another go-ahead goal for the Penguins at 8:19 of the third, and this time, the Islanders could not conjure an equalizer.

Tommy Nappier held firm as Bridgeport worked feverishly to tie things up. He denied all 12 shots he faced in the final frame of regulation and finished the game with 22 stops overall.

Schneider was handed the loss despite making 36 saves for the Islanders.

Wilkes-Barre/Scranton’s next game is tomorrow, Saturday, Feb. 5, against the Providence Bruins. Saturday’s game is also HOCKEY IS FOR EVERYONE NIGHT as the Penguins are kicking off a month-long campaign to promote diversity in the sport by highlighting under-represented groups.

Fans at the game will see video clips from individuals discussing their paths to the pros throughout the night, and those in attendance will receive a special HOCKEY IS FOR EVERYONE poster featuring Penguins defenseman P.O Joseph, courtesy of the Times-Leader.

Puck drop between the Penguins and Bruins is scheduled for 6:05 p.m. at Mohegan Sun Arena at Casey Plaza.