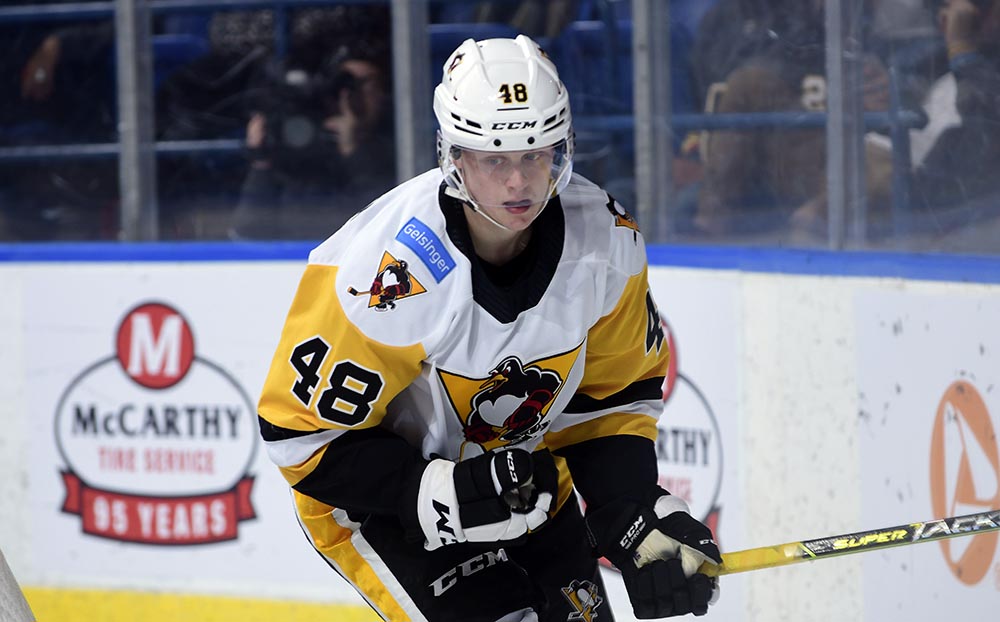 The Pittsburgh Penguins have recalled forwards Michael Chaput and Valtteri Puustinen from the Wilkes-Barre/Scranton Penguins of the American Hockey League, it was announced today by general manager Ron Hextall.

Forward Evgeni Malkin has been placed on the NHL’s COVID-19 Protocol List.

Puustinen, 22, leads all WBS skaters in his first professional season in North America with 27 points (13G-14A) in 40 games. His 13 goals, 14 assists and four power-play goals all rank second on WBS.

Puustinen, who was selected in the seventh round (203rd overall) in the 2019 NHL Draft, is looking to become the first member of Pittsburgh’s 2019 draft class, and just the fourth player selected after the fourth round that year, to see NHL action.

Chaput, 29, has appeared in 25 games for WBS this season, recording 12 points (3G-9A). The Ile Bizard, Quebec native spent the 2020-21 season in the Arizona Coyotes organization, spending the majority on the team’s taxi squad.

Wilkes-Barre/Scranton’s next game is on the road, when it visits the Rochester American on Wednesday, Feb. 9. The Penguins return home to take on the Belleville Senators on Friday, Feb. 11.

Belleville’s lone trip to Mohegan Sun Arena at Casey Plaza this season is also another EYEWITNESS NEWS FAN FRIDAY. Lower-bowl seating will be available for $16 and select draft beers will be on sale for $2 from 6:30 – 7:30 p.m. Puck drop between the Pens and Sens is scheduled for 7:05 p.m.