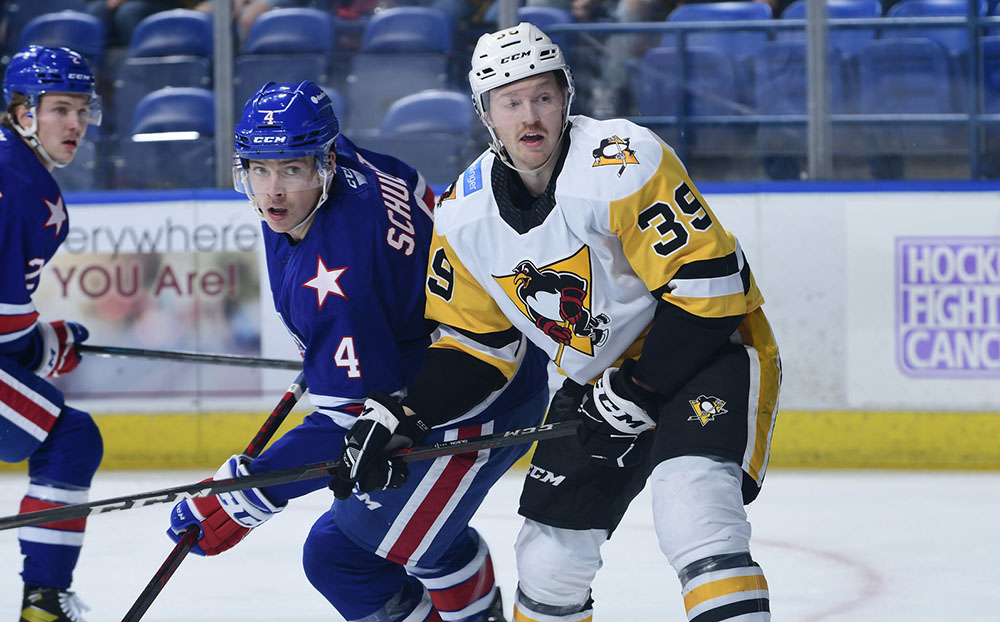 The Wilkes-Barre/Scranton Penguins hit the road to face the Rochester Americans tonight at 7:00pm.  This is the second and final meeting between the clubs this season.

Alex Nylander has recorded 13 points (7+6) in 16 games since joining the Penguins.

Sam Poulin has eight points (1+7) in his past nine games.

Michael Mersch ranks eight in the AHL with 39 points.  His 19 goals are fourth overall.

Jack Quinn, currently on recall by the Buffalo Sabres, ranks tied for 13th overall and third among AHL rookies with 35 points.

Quinn’s 18 goals are tied for fifth in the league, and are tops among first year players.

JJ Peterka is tied for 10th overall and is second among rookies with 24 assists.

Individual game tickets and partial ticket packages for the 2021-22 season, including 22- game, 12-game, Flexbook andPremium Seating plans are available by reaching out to the Penguins directly at (570) 208-7367.