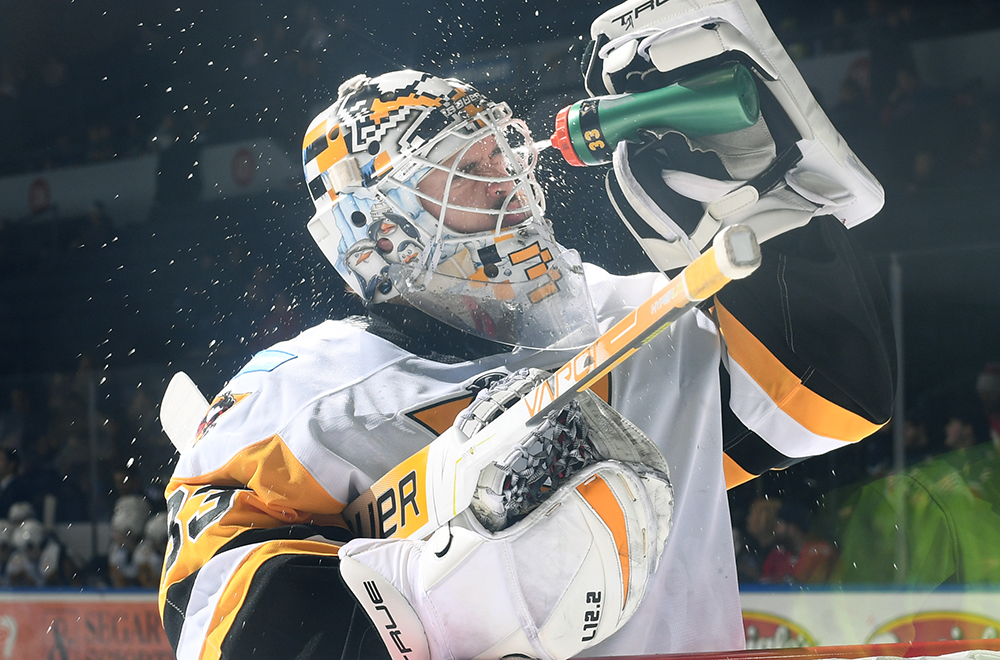 ROCHESTER, N.Y. – The Wilkes-Barre/Scranton Penguins came up short in a narrow, 3-1 defeat at the hands of the Rochester Americans on Wednesday night at Blue Cross Arena.

Wilkes-Barre/Scranton (18-18-2-3) out-shot its opponent 33-20 on the night and 21-7 in the second and third periods. However, Rochester was opportunistic in converting on its few scoring chances throughout the night.

The first goal of the game arrived quickly, as the Penguins lit the lamp 1:09 in. Alex Nylander delivered a picture-perfect saucer pass to Pierre-Olivier Joseph during a two-on-one rush, a pass that Joseph turned into a top-shelf snipe for his fourth goal in five games.

Rochester responded at 6:55 of the second period, scoring shortly after the expiration of a rare four-on-three man advantage. Alex D’Orio lunged across his crease to rob Arttu Ruotsalainen on the backdoor, but the rebound was whacked in by Brett Murray.

The Penguins allowed only four shots during the entirety of the second period and allowed even fewer in the final frame of regulation. However, two of the three shots allowed in the third went in.

The Amerks tallied their first shot of the third period at 7:01, and it was Ethan Prow finishing a backdoor pass from J.J. Peterka to put Rochester ahead, 2-1. The Penguins proceeded to pepper Aaron Dell, but to no avail. Peterka sealed the victory for the home side with an empty netter in the final seconds of play.

Dell earned the win having made 32 saves, while D’Orio was handed the loss with 17 saves on 19 shots faced.

Wilkes-Barre/Scranton’s next game is back on home ice, a face-off against the Belleville Senators on Friday, Feb. 11. Belleville’s lone trip to Mohegan Sun Arena at Casey Plaza this season is also another EYEWITNESS NEWS FAN FRIDAY. Lower-bowl seating will be available for $16 and select draft beers will be on sale for $2 from 6:30 – 7:30 p.m. Puck drop between the Pens and Sens is scheduled for 7:05 p.m.