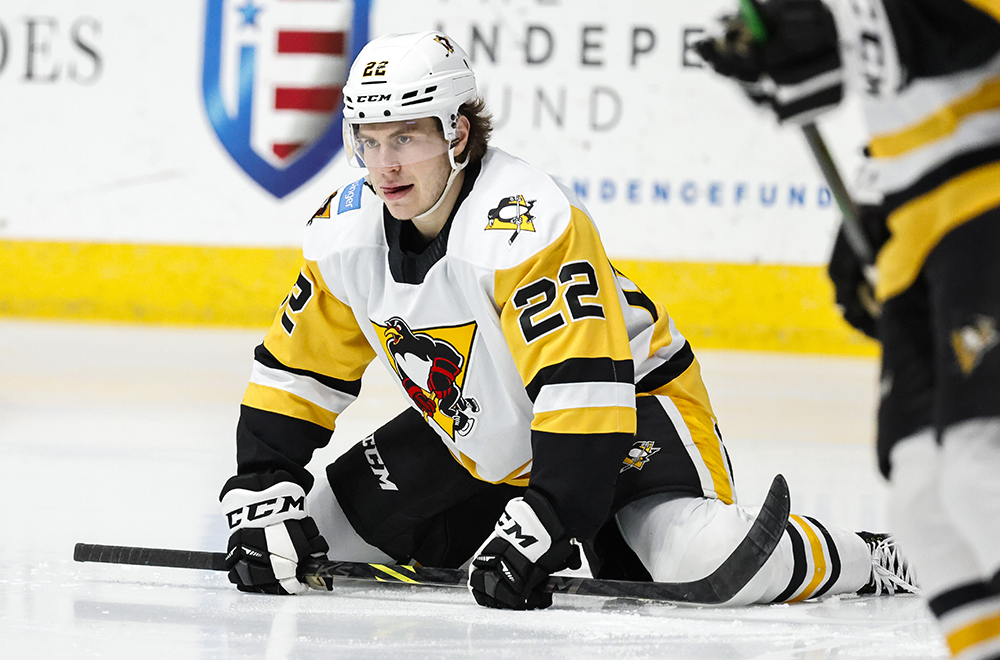 CHARLOTTE, N.C. – The Wilkes-Barre/Scranton Penguins lost to the Charlotte Checkers, 4-1, on Wednesday night at BoJangles’ Coliseum.

Wilkes-Barre/Scranton (19-21-3-2) couldn’t avenge its last-minute loss from the night before, falling behind early and failing to score until late in regulation.

Charlotte wasted little time pressuring the visiting Penguins, peppering Alex D’Orio with four shots in the first 85 seconds of the game. The last of those bids resulted in the game’s first goal, a rebound tally from Zac Dalpe.

Wilkes-Barre/Scranton out-shot Charlotte, 11-2 throughout the rest of the first period, but couldn’t solve Joey Daccord.

The Checkers converted on a two-on-one rush at 6:25 of the second period, with Carsen Twarynski lighting the lamp. Five and a half minutes later, Connor Carrick found twine during a Charlotte power play, making it 3-0.

Henry Bowlby ran the Checkers’ lead to four 2:40 into the third period.

Nathan Légaré unloaded a fierce one-timer to the back of the net during a Penguins man advantage with 3:28 left in regulation, spoiling Daccord’s shutout bid.

Daccord finished the game with 22 saves, while D’Orio notched 19 stops.

Wilkes-Barre/Scranton’s next game is back home on Saturday, Feb. 19 against the Springfield Thunderbirds. Saturday’s game is also the Penguins’ annual Military Appreciation Night presented by MetLife. Puck drop for Penguins and T-Birds is scheduled for 6:05 p.m.