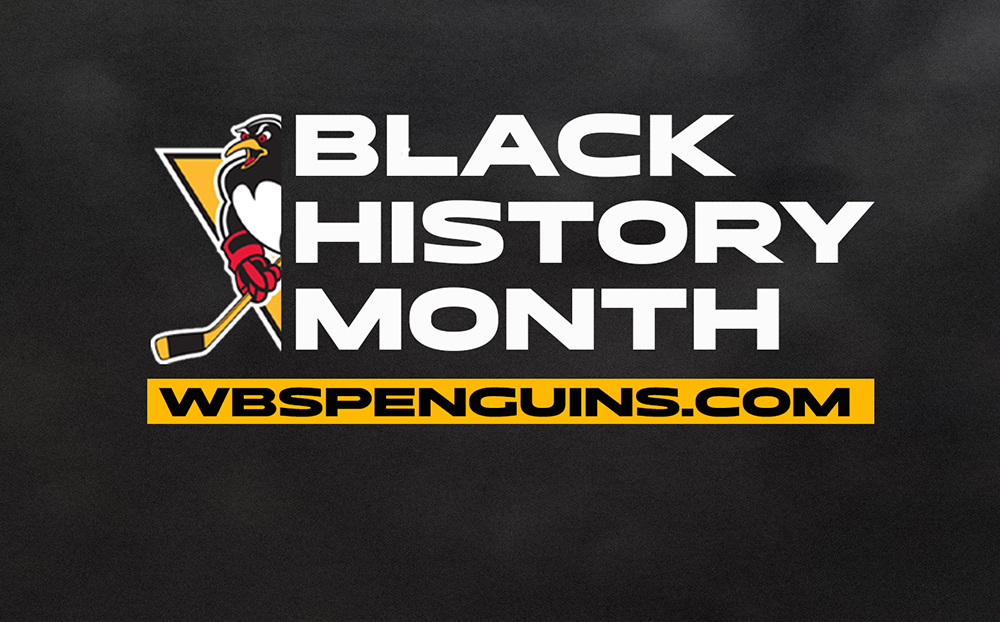 February is Black History Month, and each week the Wilkes-Barre/Scranton Penguins will be highlighting a black hockey trailblazer who has left his or her mark on the sport.  Check back each week throughout the month for another player profile.

The highest scoring black player in National Hockey League history, Jarome Iginla is one of the most dynamic skaters to suit up in league history.

A native of Edmonton, Alberta, Iginla played junior hockey with the Kamloops Blazers, twice capturing the WHL title and the Memorial Cup as Canada’s top junior squad.  He was drafted 11th overall by the Dallas Stars following his first full season with the club, then posted an astounding 136 points (63+67) in just 63 games during the 1995-96 campaign.

Iginla never suited up for the Stars, however, as he was traded to the Calgary Flames as part of the deal that sent future Hall of Famer Joe Nieuwendyk to Dallas in December of 1995.

During his first year with the team, Iginla posted 50 points to lead all NHL rookies in scoring, was named to the All-Rookie Team and finished second in rookie of the year voting.

Iginla ascended to superstar status during the 2001-02 campaign, when he recorded 52 goals and 96 points to lead the league in both categories.  He was awarded the Lester B. Pearson award as the league’s most valuable player as voted on by members of the NHL Players Association, and finished second in voting for the Hart Memorial Trophy which is voted on by members of the media.

He also represented his country at the 2002 Winter Olympics, scoring two goals in the gold meal game against the United States, becoming the first black man to ever win a gold medal in the winter games.

Iginla also participated in the 2006 Torino Games, where Canada failed to medal, and led his country with five goals at the 2010 Vancouver Games, winning his second gold medal in the process.

Iginla signed the the Boston Bruins as a free agent in 2013-14, and tied for the team lead with 30 goals.  He spent the next two-plus seasons as a member of the Colorado Avalanche, and played the final 19 games of his career wearing a Los Angeles Kings sweater.

PENGUINS TO PLAY IN CLEVELAND MONSTERS OUTDOOR CLASSIC ON MAR. 4