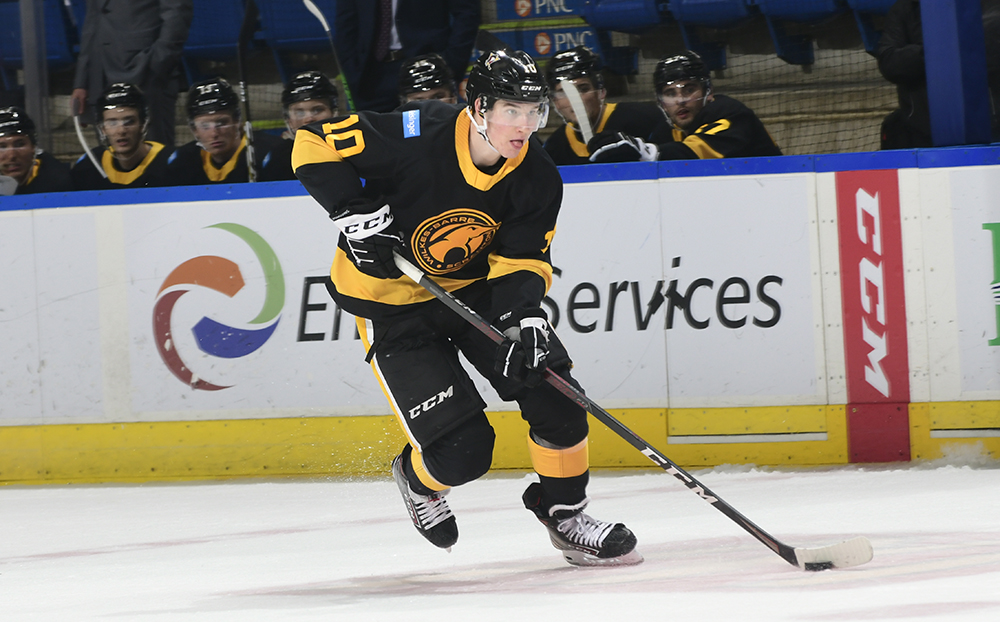 The Pittsburgh Penguins have activated forward Drew O’Connor from long-term injured reserve and re-assigned him, as well as forward Radim Zohorna, to the Wilkes-Barre/Scranton Penguins of the American Hockey League, it was announced today by general manager Ron Hextall.

Defenseman Mark Friedman has also been assigned to WBS on a conditioning assignment.

Friedman, 25, has appeared in 12 games for the Penguins this season, recording four assists. The right-handed defenseman has played in 28 career NHL games since his debut in 2018-19, and has recorded two goals, six assists and eight points. Friedman was claimed by Pittsburgh off waivers from the Philadelphia Flyers on Feb. 24, 2021.

The 6-foot-3, 200-pound native of Chatham, New Jersey has played parts of two seasons with Pittsburgh, appearing in 32 career NHL games and accumulating six points (3G-3A). In 25 career AHL games, all with WBS, O’Connor has recorded 10 goals, 14 assists and 24 points.

Zohorna, 25, has played in eight games with Pittsburgh this year, recording one goal, one assist and a plus-5. The forward has also skated in 23 games for WBS this season, recording five goals, five assists and 10 points.

The 6-foot-6, 220-pound forward played his first season in North America in 2020-21 with the Penguins organization, splitting time between Pittsburgh, the WBS Penguins, and Pittsburgh’s taxi squad. In 12 career NHL games, Zohorna has tallied three goals, three assists, six points and a plus-8.

Wilkes-Barre/Scranton’s next game is Tuesday, Feb. 22 when it pays a visit to the Hershey Bears at Giant Center. Puck drop for the Penguins and Bears is 7:00 p.m. The Penguins’ next home game will be Wednesday, Feb. 23 against their other in-state rival, the Lehigh Valley Phantoms. Game time for the Penguins and Phantoms will be 7:05 p.m. at Mohegan Sun Arena at Casey Plaza.