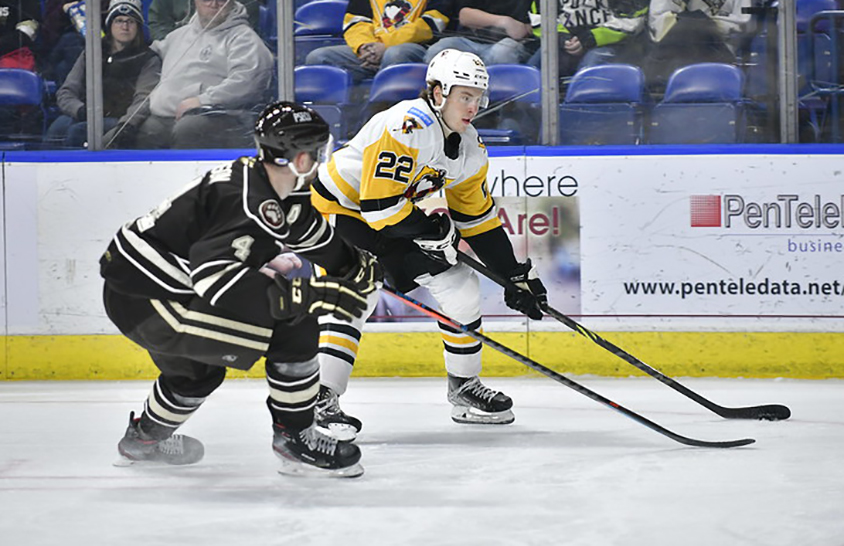 The Wilkes-Barre/Scranton Penguins head down I-81 to face the Hershey Bears tonight on for the 10th meeting between the teams this season.

X = currently on recall to Washington

Alex Nylander has 16 points (8+8) in 22 games since joining the Penguins via trade.

Jospeh is tied for second among defensemen with eight goals this season.

Michael Chaput appeared in his 600th career pro game on Saturday against Springfield.

Goaltender Hunter Shepard has a 5-1-0 mark with the Bears this season, and has won his past five decisions.  The first three of those five victories came against the Penguins.