PENGUINS STYMIED IN SHOOTOUT BY PHANTOMS, 3-2 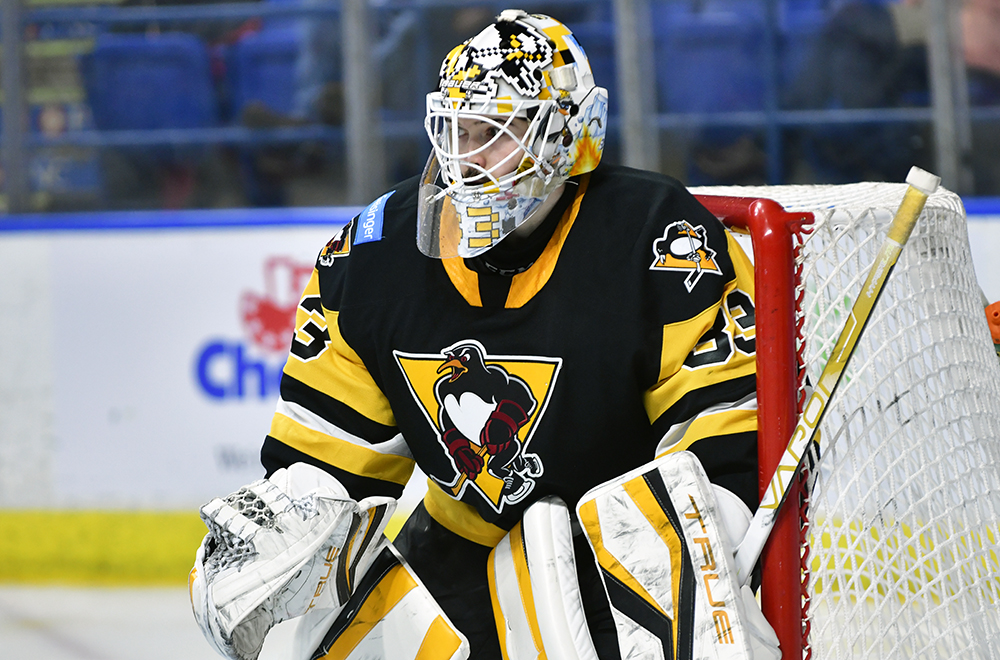 WILKES-BARRE, Pa. – The Wilkes-Barre/Scranton Penguins fell in a shootout to the Lehigh Valley Phantoms, 3-2, on Wednesday night at Mohegan Sun Arena at Casey Plaza.

Wilkes-Barre/Scranton (21-21-2-4) stormed out of the gate early but failed to maintain its unrelenting pressure. Lehigh Valley slowly clawed its way back to a tie score and snatched the extra point during the shootout.

Still riding the high of the first three-point game of his career on Tuesday, Jonathan Gruden opened the scoring with a redirect at 12:17 of the first period.

The Penguins bombarded Phantoms with shots during the opening frame, but they didn’t extend their lead to 2-0 until there was 1:48 left in the period. A pretty passing play on the man advantage culminated in Filip Hållander lighting the lamp.

Alex D’Orio made a miraculous save on the Phantoms’ Garrett Wilson early in the second period to keep his team up by two. However, D’Orio couldn’t pull another rabbit out of his hat to deny Maksim Sushko, who pulled the Phantoms within one midway through the second stanza.

The Penguins killed off two consecutive Phantoms power plays during the third period, but Lehigh Valley’s third-straight trip to the man advantage finally yielded the tying goal. Hayden Hodgson crashed the net and stuffed a loose puck across the goal line at 11:29.

The two rivals combined for 10 shots during the sudden death overtime, but none of those shots provided a winner. Ultimately, it was Adam Clendening who scored the shootout’s lone goal, giving Lehigh Valley the win.

D’Orio finished the night with 36 saves in regulation and overtime, as well as an additional save during the shootout. Kirill Ustimenko earned the win for the Phantoms by making 30 stops through 65 minutes and turning away all three of the Penguins’ shootout attempts.

Wilkes-Barre/Scranton’s next game is Saturday, Feb. 26 when the team travels to Webster Bank Arena for a date with the Bridgeport Islanders. Puck drop between the Penguins and Islanders is scheduled for 7:00 p.m.

The Penguins’ next home game is a Kids Free Sunday against the Syracuse Crunch on Feb. 27. Children ages 14 and under can attend the game for free with the purchase of an adult ticket. Game time is slated for 3:05 p.m.