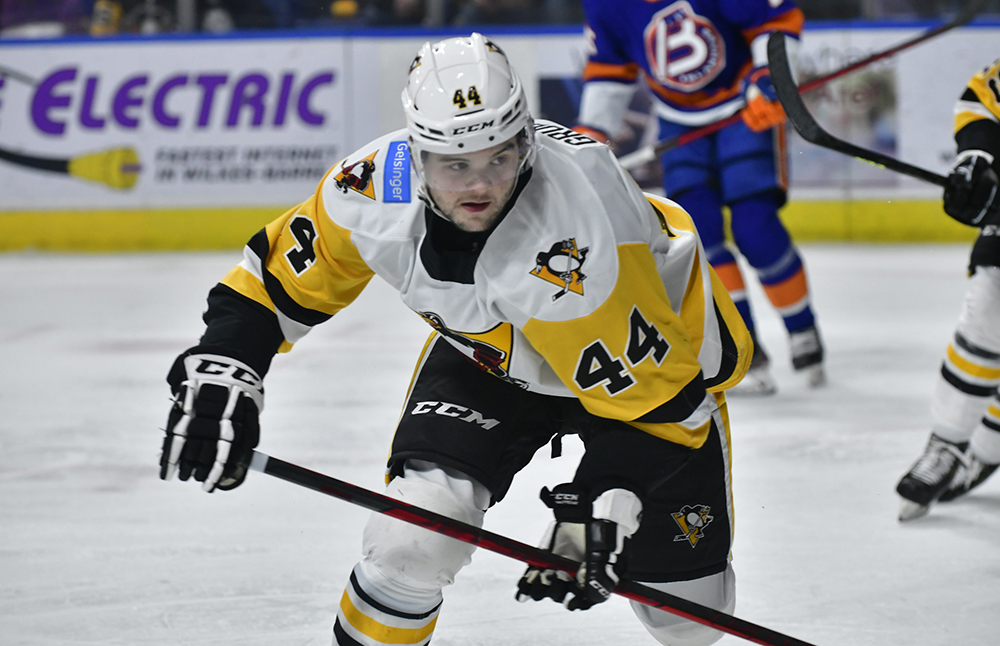 The Wilkes-Barre/Scranton Penguins travel to take on the Bridgeport Islanders tonight at the Webster Bank Arena.  Tonight’s contest is the second of six meetings between the clubs this season.

Forward Joathan Gruden recorded a career-best three points (1+2) in Tuesday’s 3-1 win over the Hershey Bears, and has four points (2+2) in his past two games.

Goaltender Tommy Nappier has posted a 6-2-0-0 mark in his past eight games.

Former Penguins forward Paul Thompson has 11 points (6+5) in 23 games with the Islanders, including a goal in the team’s previous game against Wilkes-Barre/Scranton

The Penguins’ next home game is a Kids Free Sunday against the Syracuse Crunch on Feb. 27. Children ages 14 and under can attend the game for free with the purchase of an adult ticket. Game time is slated for 3:05 p.m.